Bernard Grech’s line in the sand 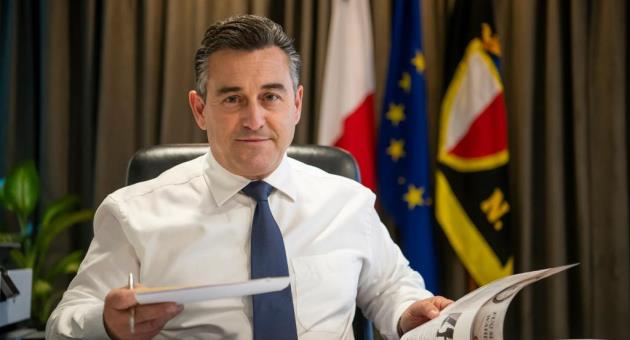 From Times of Malta’s report of Bernard Grech’s comments today: “No one, and I repeat no one” in favour of abortion will be allowed to “remain in the party, or represent the party”, for as long as he is party leader, he said.

That quote is an underlining emphasis on his earlier point that the PN’s policy is against abortion which is what it has been and on which there has been no debate on whether to change it.

A political party’s policies do not change as the opinions of any individual within it change. A party presumes to include divergent views. Individuals who join a party or are active within it choose to give up on some of those views to be part of something bigger than them. It’s a trade-off. They may retain the ambition of persuading the party to agree with them at some point but people who are not prepared to live with the fact that they belong to an organisation that does not submit to their will do not join political parties.

If Bernard Grech today stopped at the point that his party’s policy remains that it would not support the introduction of abortion, or would oppose it if anyone else tried, I don’t think anyone would be surprised. Party leaders, representatives, activists, employees, and supporters who disagree with their party’s stand on abortion but agree with the party’s policies on anything else have lived with that reality for ever and would have happily continued to live with it. Or they would have already left.

I should imagine people who might have planned to vote PN at the next election and who support the introduction of abortion are in a minority in relation with the rest of the people who plan to vote PN. I should imagine it is a very small minority, without much hope or ability, or perhaps even ambition, to turn the views of the party around to support their view on abortion.

They will know merely from living in this country that the issue is very sensitive to people who are against it and the leadership of the PN and most anyone who openly militates for it have a very clear stand against. They’ve had to live with that until now. But Bernard Grech’s radicalisation of today asks them to stop living with it.

I’m not aware of anyone apart from Emma Portelli Bonnici who is both an approved candidate on behalf of the PN and openly pro-choice. I presume this statement by Bernard Grech imposes on her a choice, withdraw her candidature or her opinion on abortion. They were two things that not without difficulty for her (and to a lesser extent for her party) could live together in one person until today. But Bernard Grech today spoke in a way that means that can no longer be the case. She’s going to have to choose between renouncing her association with her party or renouncing her personal views on a policy matter she always knew she disagreed with the party on.

If I try very hard, I can understand where Bernard Grech is coming from. For people who are against abortion in any and all circumstances tolerance of people with a different view on this subject is near impossible.

Can someone who thinks Malta should quit the EU be part of the PN when the party’s view is so fundamentally against such an idea? For people who are against abortion that would be a weak analogy. A more proper analogy would be whether people who argue for the introduction of the ritual sacrifice of children should be allowed to represent their party. People who are against abortion do not think about the matter as a policy matter, a matter of gender rights, or even a medical matter. They think of it as the killing of babies.

That was the gist of the insults hurled against Emma Portelli Bonnici some days ago. Even having the opinion that abortion should be allowable in certain circumstances, whether she would ever need it or do it herself, was equated with the guilt of Medea who killed her sons to spite her husband.

Rightly then Bernard Grech stepped in to say that no one should be the target of such hatred as Emma Portelli Bonnici got served with. But today he appeared to fire her as a party candidate which if he had done earlier, when her pro-choice views were already widely known and of which she never made a secret, she would not have been speaking at the PN press conference that exposed her to all the hate he objected to.

One could argue that it won’t make much difference for the PN if one of its candidates is excluded. It would help steady the shaken intentions of its anti-abortion voters who despaired of the PN’s imagined ambiguity on the subject, which one would think is what Bernard Grech wanted to achieve.

But he did something else which I doubt he was expecting. I submit he has been overzealous. Emma Portelli Bonnici’s position as a candidate is not the only thing to be rendered untenable by his remarks today. “No one in favour of abortion will be allowed to remain in the party”. Her position as a member of the PN (never mind a candidate) has been made untenable as well.

The thinking is devastatingly consistent. If in your mind an opinion in favour of abortion is equivalent to guilt of ritual infanticide, you wouldn’t want perpetrators of ritual infanticide to vote for you. They’d be beyond the bridge of mutual tolerance that allows one to countenance being supported by the other.

That’s what radicalisation is, the creation of an unbridgeable distance especially when disagreement already existed but the environment that allowed mutual respect and a functioning consensus to find grounds for agreement is now being shattered.

This is confusing conviction with intolerance. And, jaħasra, it is all very unnecessary. The chest beating panic in reaction to Emma Portelli Bonnici’s open admission of a notion that in Malta’s context remains a controversial minority view is all an act. Bernard Grech would have been right in reassuring the false hysterical that the PN has never even discussed changing its stand on abortion and had no plans to do so. That, frankly, if they wanted to vote for a party less likely to introduce abortion, their logical choice would have had to be PN over PL.

They would have worked that out in any case and voted PN probably leaving Emma Portelli Bonnici out of their ballot preferences. Now their panic has been rewarded and their voting intentions remain unchanged. Not the same can be said with any certainty of people that would want nothing better than to vote PN because their opinions on abortion are far from the only consideration they would make at an election but have just been told by the man who would be prime minister on the back of their support that their support was unwanted.

Bernard Grech has drawn a line in the sand and some people, perhaps very few, perhaps more than he could imagine, are finding themselves, to their utter surprise, standing on the wrong side of it.

Painting yourself into a corner 101.