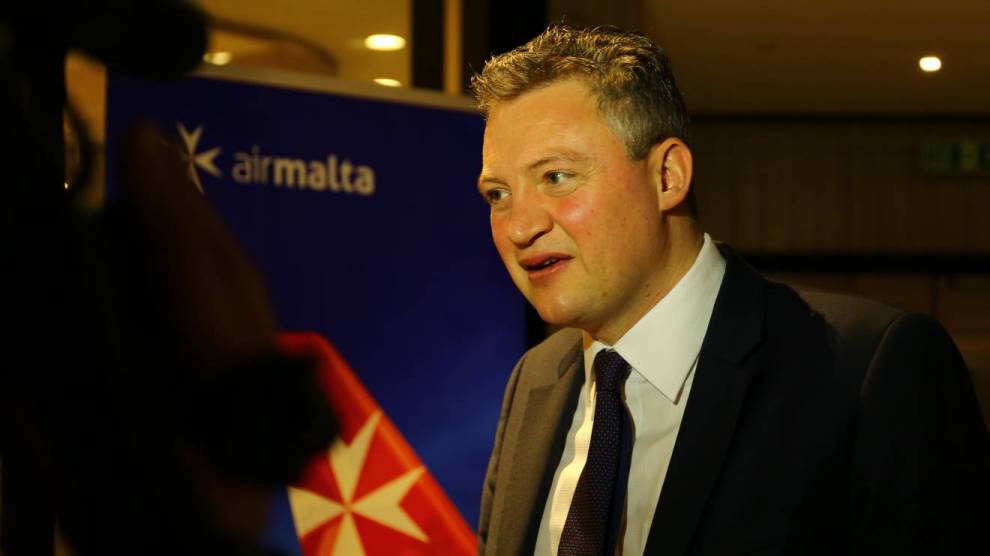 People who should know better still speak in glowing terms of Mintoff’s economic policies though those policies were only slightly more enlightened than Soviet collectivisation. It shouldn’t surprise us then that there are people out there who still think Konrad Mizzi could count. He can’t, except when he’s dividing bottom lines by 10 to work out the assets he’d collect to populate his off-shore accounts.

In 2017 we wondered aloud if Joseph Muscat would have the audacity to include Konrad Mizzi in his cabinet after all the lies he had been caught in since the Panama Papers emerged. It was reasonable to assume Joseph Muscat would use the re-election he had just secured to make a clean break with Mizzi. Prime ministers who win elections in spite of their ministers tend to use their re-election to clean out the shit. Consider Lawrence Gonzi in 2008. He carried Jesmond Mugliette up to election date and left him out of his new government for reasons far less egregious than Muscat had to drop Mizzi.

Joseph Muscat’s response was wilfully defiant. Indeed, the assignment of Air Malta to Konrad Mizzi was Joseph Muscat’s way of sustaining his claim that Konrad Mizzi was indispensable for the salvation of the country. He was a miracle worker, a super-competent genius desperately needed by the country to unwind the Gordian knot left behind by the blundering Nationalists.

Konrad Mizzi had saved Malta from the Nationalists’ high electricity rates by conjuring a miracle solution of more energy for less cost. He alone could and would save Air Malta, we were told.

And Konrad Mizzi claimed he was saving it. Nay, Konrad Mizzi claimed he had saved it. He made the claim in extremely controlled media interviews granted to lackeys on his, his ministry’s, his government’s, or his party’s payroll or over highly polished video- unintended-mockumentaries distributed directly over social media without the intermediation of journalists.

That’s because Air Malta’s books were clumsily and obviously doctored to make it look like Konrad Mizzi’s wand was spraying miracle juice over Air Malta. Only people who still continue to think Konrad Mizzi was victimised by his envious critics who knew no other way of fathoming his genius, thought that Air Malta under Konrad Mizzi was anything more than a dead man walking. And they could think so because people with questions about the contradictions in Air Malta’s reported figures were not allowed in the same room with Konrad Mizzi to be able to ask them.

But Karl Stagno Navarra’s entirely unjustified and wasteful employment is symbolic of Konrad Mizzi’s imaginary miracle and its dependence on clumsy propaganda with no relationship with reality. Konrad Mizzi survived while the lie that he was of any public utility continued to be carried by those paid to carry it. Too many people preferred to believe that myth rather than to admit to themselves that a confidence trickster had tricked them.

You might find that question awkward because the government did not announce the closure of Air Malta, only the amputation of half of what’s left of it. The airline has been dying of the same heart attack for 20 years surviving mostly on the desire of successive governments not to be the ones under whose watch the funeral for such a symbol of national pride is held. We may be experiencing the last of this series of pre-emptive wakes.

If Air Malta was a tall Kavallier ta’ Malta in shining armour sometime in the now unrecognisable pre-9/11, pre-oil crises, pre-low-cost airlines reality of 1995, it has by now been sliced down to a single leg in soggy spandex.

Konrad Mizzi was different. No sullen “no pain no gain” restructuring for the man of steel. With Konrad Mizzi it wasn’t about saving what little could be rescued out of the burning house. Superman does not merely rescue the damsel in distress. He must fly her over the city and land her gracefully on her penthouse terrace. Konrad Mizzi’s genius couldn’t merely be credited with postponing Air Malta’s inevitable death.

Paid reporters and hired video makers carried the “news” that Air Malta would fly across the globe, that under his supreme intellect it would challenge Emirates or Lufthansa. You think I’m exaggerating because you’ve been reading this blog and not watching One TV and you didn’t stop your scrolling on Facebook long enough to watch Konrad Mizzi’s sponsored competence porn videos. But seriously, Konrad Mizzi said Air Malta would fly to Asia and the Americas, like Marco Polo with a ticket to ride, even though the cost of flying to Vienna seemed like cabin crew was throwing bags of money over the Alps on the way there and back.

Air Malta has gone through enough radical amputations, and enough alternatives to travel have emerged over time, that we should be outgrowing all the gut-wrenching nostalgia that comes with each warning of Air Malta’s likely closure.

This piece is not a finger-pointed exercise about who’s to blame for Air Malta’s fate. Yes, generations of politicians from Wistin Abela to our times hired people for corrupt rather than commercial reasons. Yes, some decisions about routes and pricing were taken in the service of other commercial interests (mostly hotels in Malta) rather than the commercial interests of the airline itself. Yes, political connections have prevented timely no-nonsense decisions. All of that is true.

The flipside is that, after all, the partisan, political, or strategic interests outside the commercial imperatives of the airline are what kept the airline in business for so long. Anyone looking purely at the airline’s bottom line in isolation from any other consideration would have sold the airline off a long time ago.

This piece is not so much about Air Malta, as it is about Konrad Mizzi.

Competence does not make up for corruption, or it should not anyway. But that is how so many people justified to themselves supporting the Labour Party even as they accepted the veracity of allegations of corruption at the very highest level.

‘What does it matter to me if Joseph Muscat or Konrad Mizzi or Keith Schembri wet their beaks and stash some millions in hidden accounts?’ Their supporters would say, ‘after all I’m better off under these competent thieves than I was under the honest but stagnated Nationalists’.

Well, my friend, you were wrong. They stashed their millions but they were nowhere near as smart as you thought they were. They’re just better at lying.