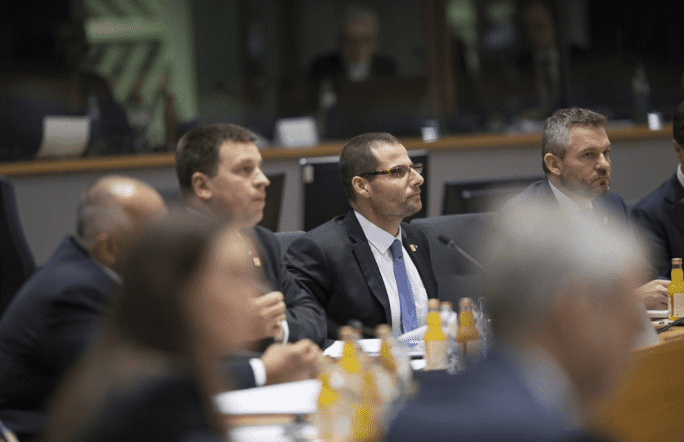 Robert Abela has declared his intention to vote against and to instruct his MPs to vote down a draft law introducing anti-mafia legislation in our statute books. He’s only spoken in the negative about some of the other proposals and said nothing good about the rest of the package transposed by the Opposition from the recommendations of the Daphne Caruana Galizia Inquiry. We should wait and see but there’s every chance Robert Abela and his party will vote down draft laws protecting journalists, criminalising abuse of power, and establishing unexplained wealth orders.

The Sunday following that short lived debate he will turn to his party audience, pass a couple of snide remarks about the fact that his Parliamentary voting power is about 3 inches longer than Bernard Grech’s, get some giggles and a round of applause. We won’t know it but he’ll presumably get a thumbs up from Joseph Muscat as well.

But what next? How will Robert Abela explain his decision to the world? What will he tell European governments? How will his people explain this to the Council of Europe monitoring agencies, the European Parliament’s committees, the Financial Action Task Force?

How will this look to the UK and Russian governments who have listed Malta as a high risk jurisdiction? How will this persuade them to white list us again?

Who now will believe his claims that Malta under his tutelage has become a model of good governance? Who will believe his commitment to free speech and independent journalism? Who will continue to accept his guarantee that Malta will fight international money laundering and organised crime? Who will continue to distinguish between his predecessor’s flagrant corruption and Robert Abela’s desperate claims of acquired virginity?

How will police officers, prosecutors, magistrates, judges, civil servants, regulators, ombudsmen, whistle-blowers, journalists, and ordinary law-abiding citizens feel when laws designed to empower them against and protect them from the abuse of power are blocked by Robert Abela? How encouraged will they be to co-operate in a national effort to clean the country’s name?

This week will be the defining moment for which Robert Abela’s premiership will be remembered. This week he’ll vote against a law that criminalises mafia crime. This is the moment that will be identified in the next public inquiry after some other catastrophe as the point when the downward tumble started. This will be compared with the moment Joseph Muscat decided to defend Keith Schembri and Konrad Mizzi from the consequences of the evidence against them exposed by the Panama leaks. This time it will be the moment when Robert Abela protected Joseph Muscat.

We have spent the last 6 years learning the consequences to the country of rewarding crime with impunity. And this week Robert Abela will spend a moment forgetting it all.

Previous:He says it isn’t a Mafia State. Which proves it is.
Next:INDEX ON CENSORSHIP: Maltese double cross