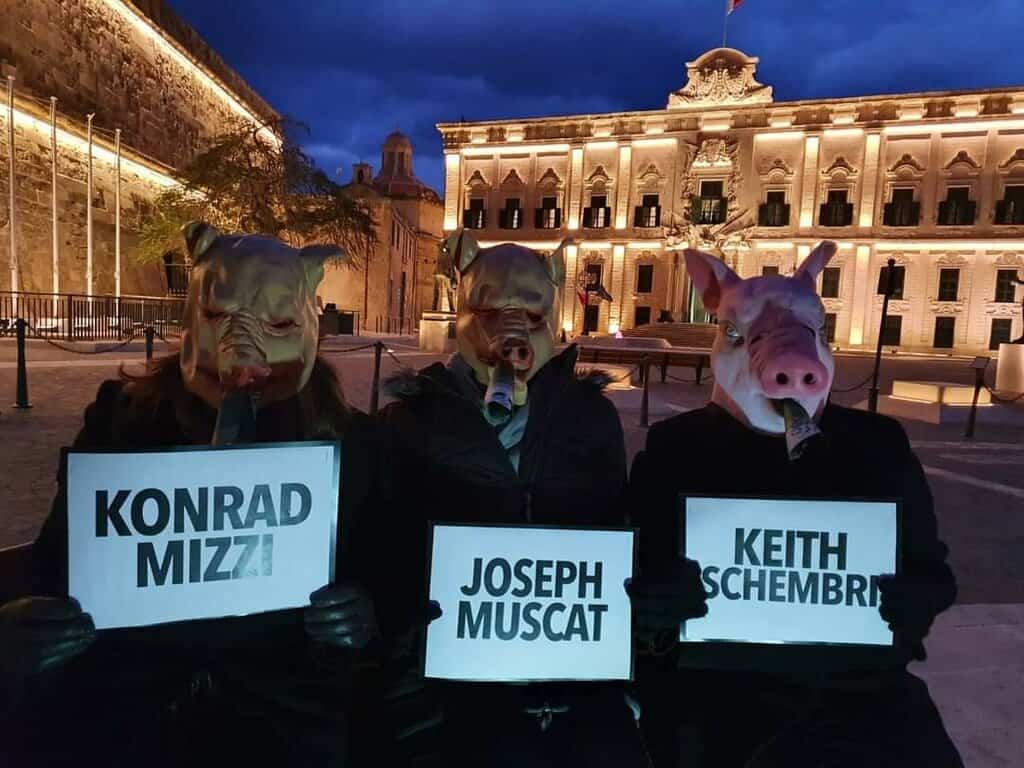 In the space of 24 hours, three European organisations came out with the same assessment of how far Malta has come since they first started looking closely when a journalist was killed by car bomb here. What Malta has done is nowhere near enough.

Let’s be fair to Robert Abela. He has taken the issue of corruption and integrity in public life in Malta off the national agenda. After Daphne was killed few people cared about the corruption she died exposing. Now, less people care.

That’s exactly what the government needs.

European agencies like the European Parliament, the Council of Europe, GRECO, and the Venice Commission can be critical about the state of play in Malta but if nobody here cares it won’t harm the government.

One of the MEPs who was in Malta over the last three days told the press today he was left with the impression that the reforms Malta introduced were only placed there because of international pressure, not because anyone here felt they were the right thing to do. That is only partly correct.

The major reform these European agencies note is the removal of the prime minister’s discretion from the way Malta appoints its judges. That was one item in a long list of otherwise ignored recommendations. It only happened because Repubblika took the matter to the European Court of Justice and the government became seriously concerned they might be forced to introduce the change by court order.

This is not about reminding everyone of Repubblika’s role in the only material change that has been secured. This is about underlining what that MEP said today, that unless the government realise they have no choice, they will avoid implementing meaningful reforms.

The government has shown the MEPs and the other agencies that reported this the paperwork to prove they are working on legislative changes. That reassured them that something may be in the pipeline, good or bad.

The frustrating thing is that the government insists on designing these ‘reforms’ on its own, refuses to engage with the public, excludes the possibility that anyone outside their narrow circle of associates could possibly contribute anything useful. The government ensures there is no national debate on how our democracy should work, what our Parliament should do for us, what we expect from our courts, and what we hope our police can achieve.

There is simply no dialogue.

It’s worse than that. Dialogue is suppressed. The government works hard to make sure no one gets the full picture they have access to. Freedom of Information requests are systemically rejected. Institutions like the Ombudsman and the Commissioner for Standards are told to shut up and mind their own business. There is depressing secretiveness and oppressive indifference to criticism. They have a constituency in mind, and they reach it directly by speaking to it over the media they own and control.

The monitoring committee of the Parliamentary Assembly of the Council of Europe warned yesterday that leaving things unrepaired will bring us great challenges to our very democracy.

Relativity plays a role here. The MEPs speaking today said they know an undemocratic European country when they see one. Malta is not Hungary, they say. And I can understand why they say that. I can write this freely, criticise the government vociferously, and I have no real fear of not making it home tonight, of disappearing in some prison or have my website forcefully shut down.

But you see, that’s why our own breed of small-town tyrants deserve credit. Remember how two days after Daphne was killed, Joseph Muscat told Christiane Amanpour on CNN how Daphne “criticised me harshly”. He was wearing that as a badge of honour, giving himself credit for allowing her to be his critic as if that was in his gift.

He said that – about Daphne criticising him harshly – without telling his interviewer all the things he had done to seek to shut her up, not by arresting her or locking her up, but by ridiculing her, demonising her, isolating her, exhausting her with the lawsuits, some of which he filed personally, some of which are still in place.

Yes, critics of the government are free to speak in Malta. It would be obtuse to suggest otherwise. But choked out of information from one side and discredited with their audiences on the other, the government’s critics are reduced to village idiots.

Therefore, the MEPs and the other European agencies are somewhat naive in thinking this is “slow progress”. That’s not what this is at all. Slow progress is still progress. It’s still meant to take us to a place which is different from the one we’re in, or the place we were in before this so-called progress started being recorded.

Before we wonder aloud where it is this progress might be taking us – because that’s likely to be a short conversation – there’s no mystery where we were supposed to leave from.

We wanted to leave a situation where criminals within or closely associated with politics would not be allowed to perpetrate their crimes without consequence, eroding the fundamental workings of a democracy under the rule of law and consequently – among other consequences – exposing the journalists who reveal these associations to danger, up to and including mortal danger.

There has been no slow progress out of that situation. I made a list of issues that have been outstanding for years, some of them from before Daphne was killed, that remain just as outstanding now as they’ve ever been.

There’s no slow progress in having the triad of Joseph, Keith, and Konrad face consequences. There’s no progress at all. Nothing we can see. We’ve had many promises. We’ve seen no result.

Of course, the MEPs are right to feel the pain of Daphne’s relatives. Nearly five years after the arrest of some of the culprits and there still isn’t a date set for their trial. The only people that can be described as Daphne’s killers are the two people who admitted it in open court. That is truly grotesque.

You could call that slow progress if you wanted to be kind. Sometimes I wonder if the slowness is designed to have a regressive effect: to allow for enough time for doubt to set in when nothing else but the confusion planted by the interests of the guilty justifies it, to allow for evidence burnt in people’s memories to fade, to allow for people to change jobs, experts to lose the trail, forensics to disappear.

Sometimes I wonder if slow progress stands for the inexorable sinking in quicksand in one of those cinema tropes where one is forced to live just long enough to work out they’re dying.