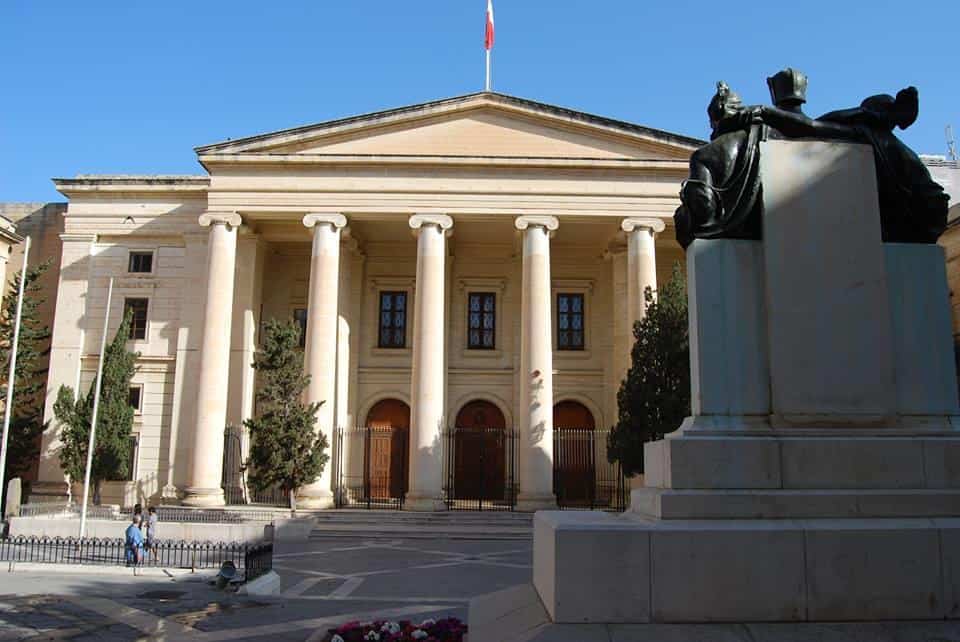 There’s been another development in Repubblika’s court battle to get the Police Commissioner to act with some seriousness in the Pilatus case. Yesterday the constitutional Court of Appeal decided on the state’s complaint on a decision by the lower constitutional court to order that Nadine Lia is immediately replaced and another magistrate is chosen to hear Repubblika’s complaint against the police chief.

While agreeing with Repubblika that the matter needed to be heard urgently as the passing of time was letting criminals get away because of the expiry of the statutes of limitations, the Court of Appeal disagreed that the temporary solution would be transferring the case from Nadine Lia to another magistrate. For them the better solution would be for Nadine Lia not to hear the case until the Constitutional Court finally but urgently decides whether our rights were breached and then orders appropriate remedy having heard all the evidence.

In a decree issued this morning Judge Spiteri Bailey saw in that decision an implied comment: that the Constitutional Court presided by Judge Ian Spiteri Bailey had effectively decided Repubblika was right and given them all they asked for from the case without having first heard all the evidence and formally and properly decided they were right.

It should be clear that the Court of Appeal didn’t comment, implicitly or otherwise, that Ian Spiteri Bailey had declared himself in favour of Repubblika’s argument.

Even so, Judge Ian Spiteri Bailey decided that it wouldn’t be right if anyone appearing in front of him (Repubblika or the state) thought or was given reason to think that his mind was already made up before they finished arguing their cases. Sure, the Court of Appeal had sent the case back to Judge Spiteri Bailey to decide. But that, the Judge thought, was not enough.

In his decree the Judge did something remarkable. He submitted himself to the principles he restated in his decision when he ordered that pending a final ruling in the case justice would still need to be seen to be done and Nadine Lia should be relieved of Repubblika’s case altogether. What’s good for Nadine Lia, the judge’s thinking went, must surely be good for me.

He also quoted a couple of learned, ponderous tomes for good measure.

It is a basic principle of English law that a judge should not sit to hear a case in which a fair-minded and informed observer, having considered the facts, would conclude that there was a real possibility that s/he was biased… The concept of bias includes any personal interest in the case or friendship with the participants, but extends further to any real possibility that a judge would approach a case with a closed mind, or indeed, with anything other than an objective view, a real possibility, in other words, that s/he might have prejudiced the case.

Integrity is the attribute of rectitude and righteousness. The components of integrity are honesty and judicial morality. A judge should always, not only in the discharge of official duties, act honourably and in a manner befitting the judicial office, and be free from fraud, deceit and falsehood, and be good and virtuous in behaviour and in character. There are no degrees of integrity as so defined. Integrity is absolute. In the judiciary, integrity is more than a virtue; it is a necessity.

Remember, if you will, what this case is about. Nadine Lia rejected Repubblika’s calls to recuse herself from hearing its case because it was about a shuttered bank that operated as a global clearing house for corrupt politicians where the most famous client of her father-in-law is alleged to have slushed some of his allegedly illicitly sourced money. The client, Joseph Muscat, denies any wrongdoing.

She refused to recuse herself once, twice, three times, even after she cited in her own decree what she claimed to be facts which even if true she could have only gathered from outside the courtroom because they were never said inside.

No one asked Judge Ian Spiteri Bailey to recuse himself. He anticipated the possibility that someone might, putting himself in the shoes of both parties before him and without preference to the interest of either held himself to account and asked himself what he’d think if he was in the place of anyone appearing before him. Without waiting to be asked he walked away and asked another court to treat the matter with the urgency demanded by the Court of Appeal.

In the process, unspoken except perhaps in the words cited in his decision and quoted here, he ruled by example on what anyone appearing in front of Magistrate Nadine Lia should have expected: integrity, a resolute determination not to be and not appear to be biased, and the good sense when to know that it is better that a case is heard by someone else instead.