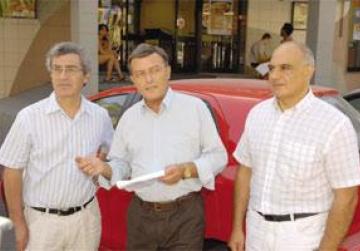 Increasingly, there’s a generational moral disassociation happening within the Labour front. It’s not new. Dom Mintoff repudiated his predecessor vehemently, even violently. Alfred Sant took a platform to call Dom Mintoff a traitor of the Labour movement and that’s after presenting himself as the polar opposite of Karmenu Mifsud Bonnici. Joseph Muscat accused Alfred Sant of being blind to the nation’s desire to join the EU even when looking through the rear-view mirror. Robert Abela’s promise of continuity rode on the resignation in disgrace of his predecessor. Some future leader will follow Robert Abela and promise to turn the page.

Consider Evarist Bartolo who is now profoundly afflicted by apparently irrepressible honesty. Abortion is a topic that always promised to force people to rank personal convictions above party loyalties, at least those people who think they can afford to do that. Labour MPs, whatever they may personally feel about abortion, seem perfectly comfortable to tell themselves that they are not being asked to vote for a law that permits the procedure. They can deceive themselves by drinking from the fount of power that political influence gives you. They have jobs they might lose, voter support they might have to give up, influence on other matters that concern them they do not want to sacrifice. Clearly abortion is not that important to them.

Evarist Bartolo reasoned the same way, by his own admission, when he belonged to a government found to have been corrupt and found to have allowed, because of its behaviour, a journalist to be killed. He never thought any of the corruption and impunity was right, but supporting his own party was more important for him. He said he wanted to change things “from within” which meant that he was not prepared to sacrifice the power and the influence he had on the altar of principle.

Now he has nothing to lose. He has no political power and enjoys no influence to change anything “from within”. He’s without. Now, then, he can allow his personal views to publicly contradict the views of his party.

Consider the thrust of the argument Evarist Bartolo made about the abortion question: “if we want to seriously discuss abortion, let’s have a proper discussion.” I couldn’t have put it better myself. In fact, I tried. I completely share the view that quite apart from any views one might have about abortion, we should all agree that the government’s claim that it is not legislating to relax in any way the existing ban on abortion is nothing better than a piss-take.

It’s an insult to the intelligence of people who support allowing women the right to choose what happens with their pregnancies and people who wholeheartedly believe that from the moment of conception there is a person endowed with the same right to have their life preserved as anyone who has already been born.

The subject is sensitive for both sides and the government is representing neither. The government is failing to acknowledge any value in the arguments of either side. It instead insists on getting everyone to agree that this big, vague, unpredictable change they’re putting into law is in fact no change at all.

There was another wizened old Labourite writing today with arguments I find myself amazed to read. Alfred Sant is still a Parliamentarian – an MEP – and quite likely would like to remain that beyond 2024. He still has much to lose. But since he semi-retired in Strasbourg, he has  been largely outside the thick of the Labour Party and able to take an autonomous view of it.

He wrote today about the interminable wait for some form of closure to criminal cases involving politicians or people who corrupt them. He made the argument that people like me who suggest there has been an erosion of the rule of law in Malta since 2013 are “doom and gloom plus misereres” and really the problem of the inability of our institutions to clamp down on corruption is centuries old.

Let’s accept that argument. But Alfred Sant did not live a career in politics to improve his ability to make socio-historical analyses. Politics is not about shrugging about the inevitability of bad things remaining unchanged. Evarist Bartolo tried that when he was still a minister and challenged about the crimes of the governments he belonged to. ‘What could I do?’ was his pathetic response.

Well, if you can’t do anything, why are you in politics at all?

Alfred Sant did not write his piece today because he wants us all to know he thinks that over the past 200 years our police, our prosecutors, and our courts proved consistently weak in policing and punishing corruption. He wrote his piece today because he wants us to know he’s frustrated by the Labour Party’s inability to change that 200-year-old trend in the last 10 years and that he’s now prepared to openly criticise the Labour Party about it.

Alfred Sant mas moved to write because the apportioning of criminal responsibility to Joseph Muscat, Keith Schembri, Konrad Mizzi, Chris Cardona, and others is only still suspended in a limbo of impunity because the police, prosecutors, and the courts in Malta are rotten, as rotten at least as the politicians they fail to convict.

I could go on. Alfred Sant didn’t. But his point is, though perhaps not entirely meant to be, very, very clear. We can debate until we’re blue in the face whether impunity for corruption is worse now than it was 10 years ago, but Alfred Sant is not going to disagree that the situation is not better now than it was 10 years ago. At best, we’re as bad as we’ve ever been.

I might argue that Labour over the past 10 years has institutionalised corruption to unprecedented extents and safeguarded that industrial scale corruption with their control of the institutions. And Alfred Sant might disagree with me.

But the wizened old men agree with me that corruption rules, impunity persists, and the government we have is prepared to lie without blinking.

Previous:Brian Tonna, Karl Cini ruled “not fit or proper” for any financial services position
Next:Is it Dress Down Thursday in Castile?