Whose job is it then?

It reminded me of a late night TV show I used to watch: Mai Dire Gol. It was supposed to be about football though thankfully its actual football content was almost zero. They used to show extracts from TV interviews with players and coaches as articulate as sandstone and transcribe that extract for the reading pleasure of the audience. 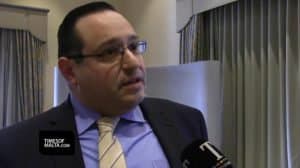 “I cannot go into the merits of, er, investigations. No. I cannot. I cannot go into the specifics of, of a particular investigation. Just get, er. There’s also a magisterial inquiry on them, so … No, I, I, never. It was never said these reports were never investigated. They were. These reports were. There also has been also I believe a Parliamentary question on it. These reports were analysed. And then further action was going to be taken but then the leaks came out so we are now concentrating on giving the magisterial eh the magistrates their assistance that is required. No. We have to see the outcomes of these magisterial inquiries and then continue act on them.

“We could continue on the next steps that had to be done on these cases. I cannot comment further because there is now the Magisterial inquiries going on.”

I wonder what Assistant Commissioner Abdilla would make of this performance if it was given to him by someone he was interrogating. He looks like a deer caught in the headlights asked the square root of 132,315.

Quite apart from all the fudging, the real crux of Ian Abdilla’s message is the police stopped investigating suspicions of crime when the public became aware of them when they leaked. His pretext is that since Magisterial inquiries were opened, the police did not need to duplicate the work.

What utter bullocks. A Magistrate is called on the scene of any crime of a certain substance. They start collating evidence and engaging experts as part of the inquiry they compile. If Assistant Commissioner Abdilla’s logic were to apply, none of these crimes, no crime of any substance at all, would be investigated by the police.

Let’s stick to examples anyone appreciates. If a body is found dead and foul play is suspected, a Magistrate is called in and an inquiry starts. But so do police investigations. The police can and must arraign anyone on whom they feel they have enough evidence to prosecute and it is normal practice for the police to ask the Magistrate to close their inquiry and send them the file with the evidence they collected.

That’s how things happen when people do their job.

Instead Ian Abdilla in his fumbled, guilty as a chocolate smeared toddler with their head stuck inside the cookie jar, excuse for an explanation, tried to pin his job and the job of those who work under him on Magistrates who have a different job altogether.

He proceeded to do worse. He admitted, as he had to, to being fully aware of FIAU investigations into Konrad Mizzi. He admitted knowing about the report into his affairs. And he acknowledged “the police never saw it” as if he was speaking about someone else.

He said the law precluded him from revealing what he knew of FIAU investigations. It precludes him from leaking information to the suspect or to anyone who might warn him off, I grant you that. But what is a police liaison for if he’s precluded from informing the police?

And at the risk of stating what, after the sight of such a clearly over-promoted bumbler, can no longer be obvious, Assistant Commissioner Ian Abdilla is the police.

He’s the one to take action. He’s the one to use that ‘intelligence’ as he so incongruously calls it to investigate and if need be prosecute. Not the FIAU. Not the Magistrates. Not the journalists who published the information they obtained.