The entire PN Parliamentary Group has signed a Parliamentary Motion that if approved would call on the government to institute a public and independent inquiry into the circumstances of Daphne Caruana Galizia’s assassination.

The motion was presented backing calls from Daphne’s family, MEPs and media freedom international NGOs for an independent inquiry, so far ignored by the government.

An independent inquiry would answer questions ongoing criminal investigations would not ask: could the assassination have been prevented, were components of the state aware that it would happen, are other journalists in danger, how can a repetition be prevented?

Here’s a copy of the motion in full. 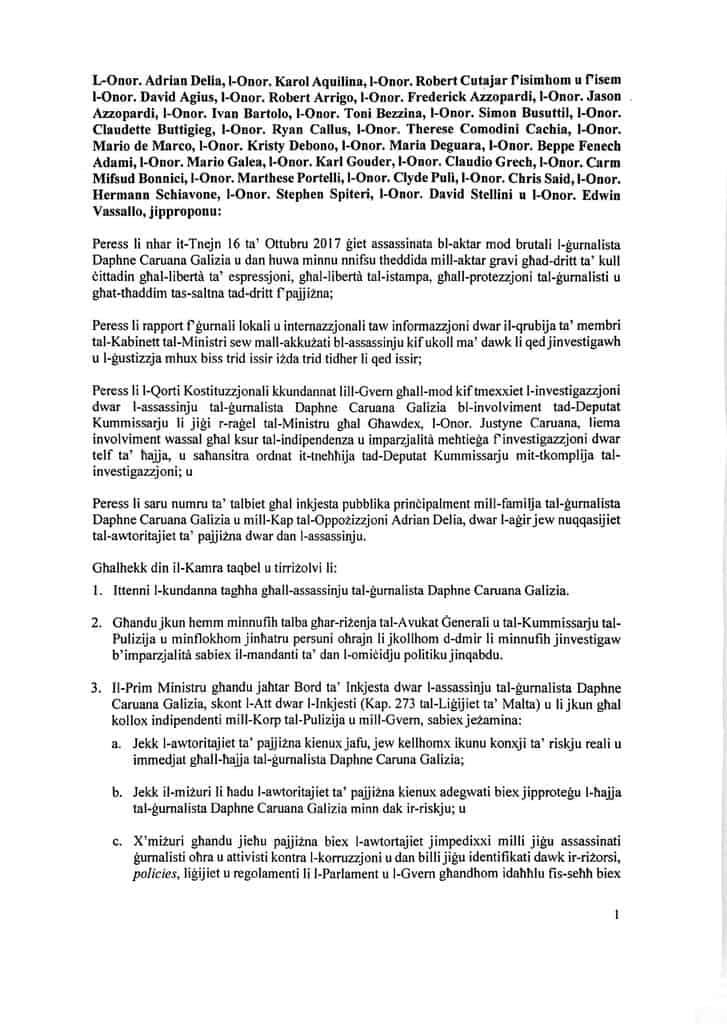 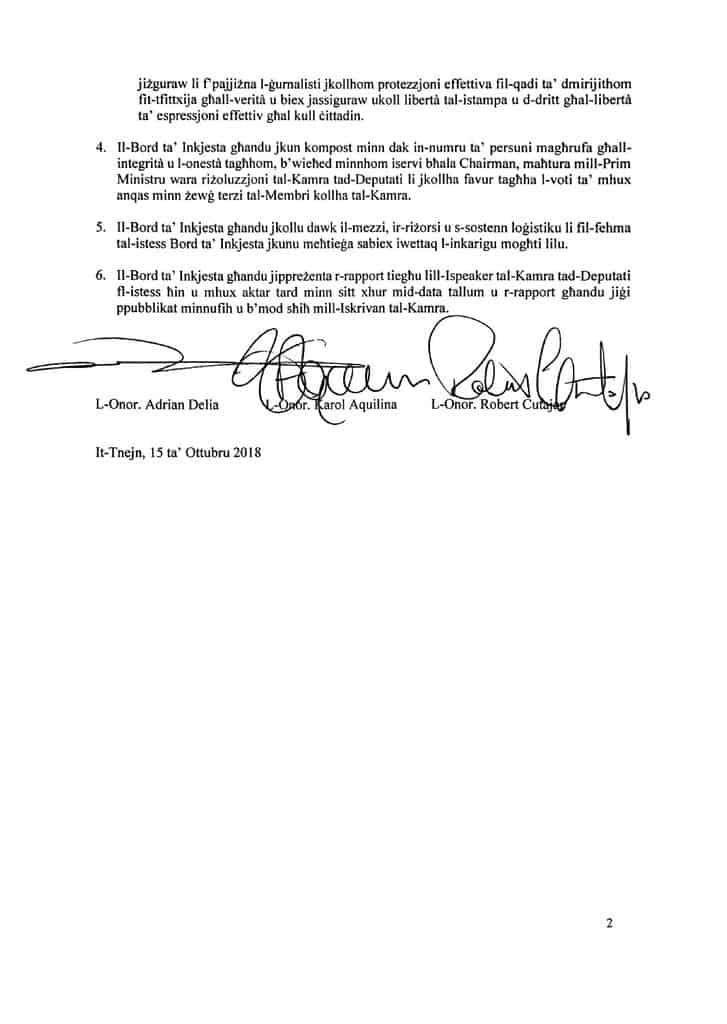