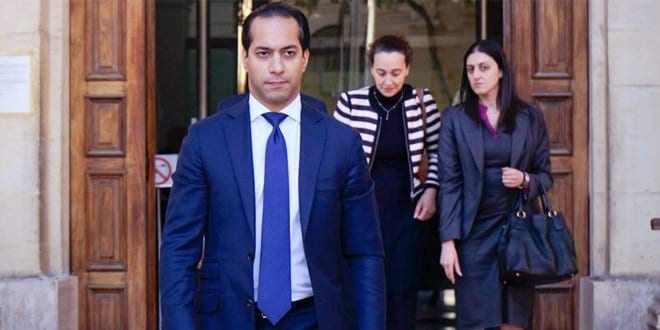 Look at this Reuters film about the European regulatory decision to shut down Pilatus Bank.

Daphne Caruana Galizia revealed it was a laundry for corrupt money. Her source was Maria Efimova. The two women were victimised and hounded down. They were threatened. Eventually one ran into hiding where she reads in silence the vilification she is made to suffer and the constant background threat something worse will be done to her. The other was sued for more money than she can hope to earn in 80 years and eventually she ends up dead in a car bomb.

The government does not take the side of the whistleblower and the journalist who did Malta and Europe the service of uncovering the crimes there. Of course not. They take the side of the Iranian with multiple passports and dates of birth. Why? Because he’s wealthy. Because he treats them to his wealth with wedding invitations that we know and God knows what we don’t. Because money buys their favour.

He winds up detained by the FBI and still, they defended him. They refused to withdraw his banking license and avoided any scrutiny that might confirm their own contagion in his schemes.

Until the EU has to intervene, many would say too late, to right a wrong suffered by all of Europe.

This is Malta’s shame.