They can’t be left alone 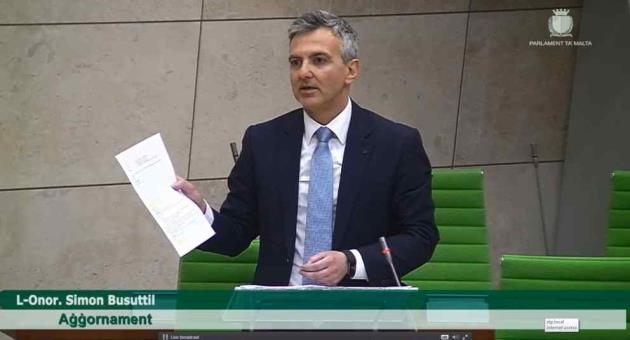 Civil society activists rightly point out that they are distinct from politicians even though they may find themselves agreeing with some of them. The vocation of the two is different. Civil society is not burdened by the needs of strategy, partisan tactics, collegial solidarity and the plague of consistency. They mean what they say when they say it. Life is more complicated for politicians.

Another difference is that elected office gives the privilege of speaking in Parliament to politicians. That is a platform people outside politics cannot have and they must, therefore, carve their own in the street.

But there come times, when democracy stops functioning when Parliament no longer remains a functioning locus of change and the street remains the only place for politicians who mean to bring it about.

After 1981 Malta’s Parliament had become so utterly dysfunctional that the Opposition of the time quit it for a stretch of time and conducted its politics from the streets. Not that that was easy. The government responded to opposition in the streets as it had done inside the Chamber: with violence, intimidation and persecution.

That speech by Eddie Fenech Adami in the winter of 1987 was the highest point of despair, declaring the budget proposed by the government — the most important task for any Parliament — utterly irrelevant. But in that despair, at that darkest hour of violence and dread, there was hope and resistance ultimately, through the skin of our teeth, bore fruit.

Parliament has become dysfunctional again. A British member of the Council of Europe Parliamentary Assembly made the observation recently that it is utterly shocking that Malta’s government pays Labour Party backbench MPs a salary as government consultants. Here it has become commonplace. It is a stark realisation when we hear again the utter bewilderment of people from the civilised world when they realise what we think is normal and express shock and disgust.

That same speaker expressed concern that Malta’s Parliament appears to have lost its confrontational virtue. You see it sometimes bores people to see that government and opposition take a black and white attitude to things. But the dialectic, the process of clashing opposing views, allows discernment and clarity in thought.

Corruption, the collapse of the rule of law, the use of law by delinquents to suppress protest, the crushing of freedom of speech: all these are catastrophic aspects of the crumbling of our democracy. But one of the most devastating dimensions is the recruitment in the service of the government of the great bulk of the opposition benches.

Yesterday, as government MPs suffocated, bullied and buried every effort of Simon Busuttil to speak, he stood almost alone facing an army of thugs. The image around him captured empty opposition seats except for the ones Jason Azzopardi, Karol Aquilina and Frederick Azzopardi were sitting on, berated by their own party merely for being there. There was Godfrey Farrugia too.

The adjournment phase of a Parliamentary session, when MPs take turns to speak on any topic of their choice outside the normal business, are normally lonely affairs. The MP whose turn it is to speak often is alone in the Chamber with a bored Speaker or Deputy Speaker presiding as they count the minutes to bed-time.

Since Simon Busuttil was speaking yesterday Labour rallied an army of thugs intent only on ensuring Simon Busuttil is not heard. That’s bad enough. But then you see how Simon Busuttil’s colleagues — almost all of them — quit his side.

His henchman Herman Schiavone then goes on Facebook to clarify Simon Busuttil is not speaking on behalf of the PN but merely expressing his “belief”.

It’s true that “believe” is actually Simon Busuttil’s own choice of verb. But I think it’s the wrong verb to use. It suggests that concluding that in the balance of probabilities it is far likelier that Joseph Muscat owned Egrant than that he did not, is not some leap of faith, some auto da fe committed in the face of facts.

“Believe” gives vent to the malicious proposition that the statement ‘Joseph Muscat owns Egrant’ is something out of a “parallel universe” as Joseph Muscat described it yesterday.

Simon Busuttil is not leaping into anything here. As we have painfully explained, as he attempted to do yesterday in spite of the noise, as anyone looking at this issue dispassionately ultimately ends up saying, Joseph Muscat owned Egrant.

That is the only deducible conclusion from the facts that are known.

Magistrate Aaron Bugeja is not in the business of reaching political conclusions. He sought forensic evidence to back up what he himself terms “a hundred suspicions” but he found none. We all knew and said he would not because we saw the evidence being hidden in front of our very own eyes.

The process of hiding evidence led and publicly coordinated by Joseph Muscat, continues to support that conclusion.

It’s an even greater tragedy that the PN, whose job it is to find government wrongdoing when the latter would rather hide it, cooperates with the government in hiding it.

In that situation, Simon Busuttil is no longer a politician. His seat in Parliament is useless if he cannot use it to speak up. The colleagues that stand by him and with him are not a parliamentary party. They are people whose binding commonality is that they are victims of state oppression.

Civil society must recognise these campaigners as some of their own. The fight cannot be stopped, whether by the violence perpetrated by the government or the complicit silence of the party opposing it only in name.