Robert Arrigo is hosting a birthday party for his constituents on 1st December at the Dolmen Hotel.

That is the sort of thing you’d normally read in the second half of the pages of in-Nazzjon, if that’s your idea of fun.

But this year Robert Arrigo has made the strategic decision of not promoting his birthday party on in-Nazzjon. Or on any party media for that matter.

To get a 25 euro ticket for din-din you call or message him on his number. 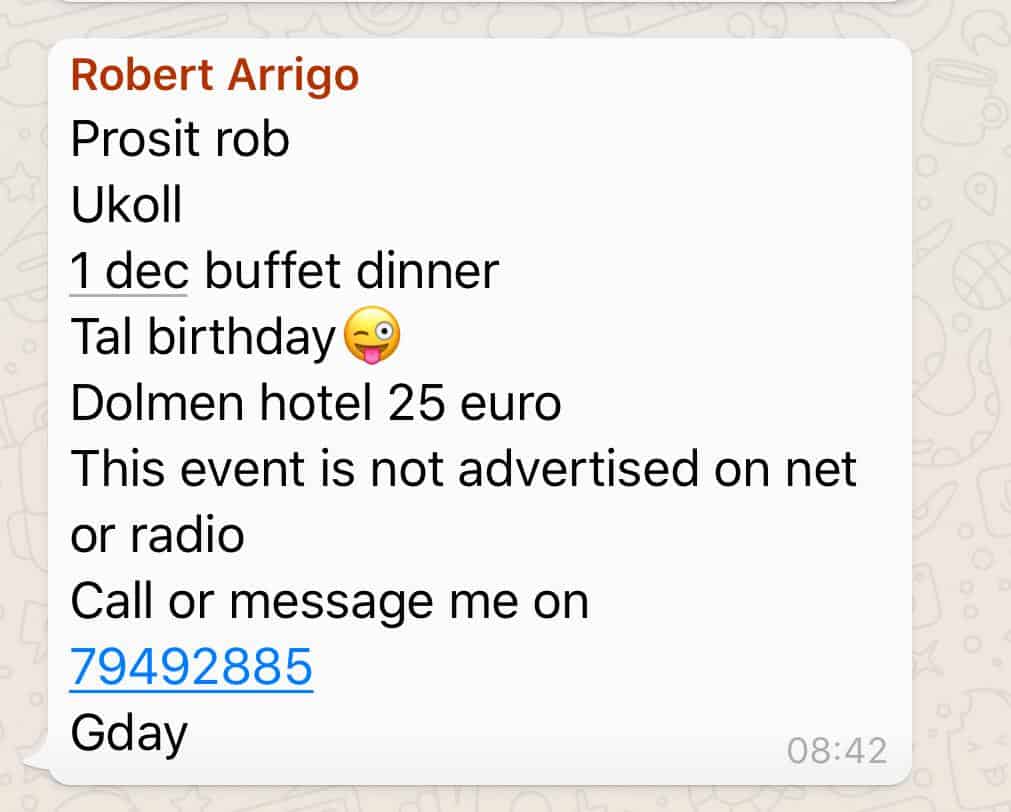 This is all harmless fun, usually. But these are not usual times.

If the Deputy Leader of the PN does not see the crass insensitivity of hosting a constituency event at one of the Tumas facilities at this time he’s even blind to the exhaltations of his own boss, Adrian Delia, who is advertising his intervention on Xarabank tonight on the 17 Black scandal.

Of course innocent until proven guilty and all that. But we have seen documentary evidence that the CEO of the Tumas Group has made arrangements to bribe Konrad Mizzi and Keith Schembri in exchange of a public contract.

There are Labour Party supporters out there who prefer to ignore the facts and prefer to think this is still some invention.

For the rest of us living in the real world, for people who are not flat-earthers like Martin Scicluna say, the corrupt engagement between big business and politics has gone beyond reasonable suspicion and in the realm of undisputed fact.

One would expect that politicians would be rushing to manage that situation and to start distancing themselves from anything that might cast a shadow on their integrity.

Robert Arrigo does that too. Not by planning a different venue for his birthday bash — perhaps one of his own establishments? — but by organising his party on the hush-hush so it is not picked up by annoying journalists like Manuel Delia “li jrid jagħmel ħsara lill-partit”.

Is a birthday party for constituents really worth all this?

PS. Some wise guy will remind me I was a political candidate once and had a constituency dinner at the Dolmen too. Correctomundo. That was 6 years before we learnt what Yorgen Fenech and Konrad Mizzi were up to probably at around the same time. 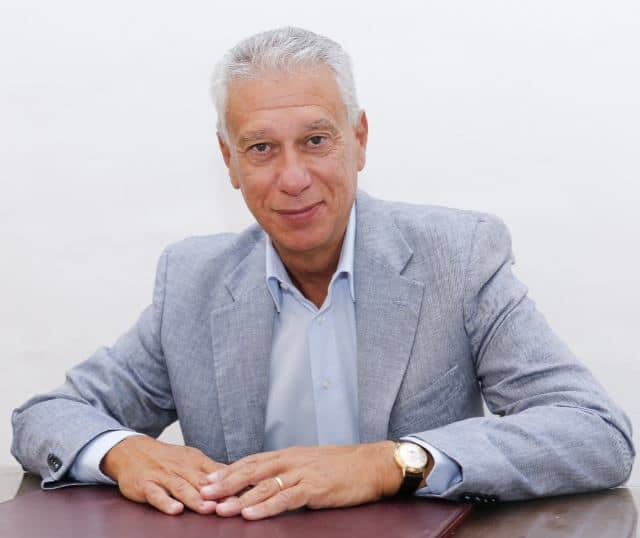