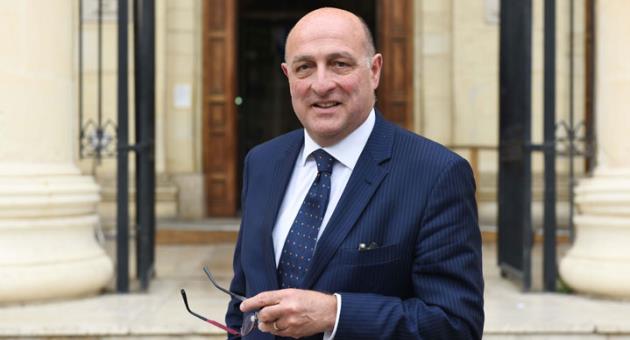 Look, if the new Commissioner for Standards in Public Life is going to start from his first day looking for reasons not to rock the boat, he might as well stay out of it.

We have enough institutions dodging bullets like slugs chewing on their own viscera.

I can understand the primary objection that a new occupant of a brand new position cannot go on historical expeditions.

Michael Falzon, Ninu Zammit and John Dalli fell short of what I would consider acceptable standards in public life. And it angers me no end that they got away with it and they walk around town like their hymens have sealed.

I despise the fact that their impunity is a poor reflection on the governments they belonged to and a blemish on history.

But now alas it is too late to throw them out of public life. They left it of their own accord in their own sweet time. Well, Falzon and Zammit did. John Dalli was unceremoniously kicked out by Jose Manuel Barroso but he still escaped justice thanks to the national refuge of political criminals: Joseph Muscat.

I hate to say let bygones be bygones. Actually, I don’t have to. But I’ll stay standing if George Hyzler says it’s not his job to fix chapters closed before his time.

Yesterday, on his first day in office, he was asked what he would do about 17 Black. He said he “might not investigate it” because the allegations refer to an incident which took place before he was appointed.

The Commissioner for Standards in Public Life cannot be expected to replace the police. Only the police can investigate the criminal act of bribery and prosecute it. That is true whether the bribery has happened before or after the Commissioner even existed.

They are in public life today, a scraping of shit on standards of public life written in the green squeezed out of the dollars they sought and likely managed to skim off electricity bills Maltese citizens and business are paying now and for the next 18 years of the existence of the office of the Commissioner for Standards in Public Life.

George Hyzler can’t be expected to transform the very low standards of today as a Messiah walks on water. But he’s only useful if he starts by pointing out that for as long as Konrad Mizzi and Keith Schembri are in public life there can be no standards to live up to.

They’re there now. Kick them out. And then become the moral authority that, one hopes, forces the police to actually do their duty.