A 45-strong European Parliament committee is recommending abolishing all ‘golden visa’ or ‘passport by investment’ schemes, including Malta’s.

The Special Committee on Financial Crimes, Tax Evasion and Tax Avoidance has found in a draft report that the economic benefits of passport sales do not compensate for the serious money-laundering and tax evasion risks they present.

The committee is calling on all EU Member States to phase out all golden visas and passport-sales schemes “as soon as possible” and in the meantime carry out proper due diligence in compliance with anti-money laundering rules until the schemes are completely abolished.

The European Parliamentarians also called on the Commission to monitor rigorously and continuously the application of proper due diligence rules while the schemes are still being phased out.

Malta is not the only EU member states that grants visas or in some cases even passports for investors. It is the only one however to come under fire for providing passports to people entirely unconnected to Malta officially residing at addresses they have almost certainly never visited.

Malta’s scheme, provided through Henley & Partners, is central to the government’s policy program and it is a safety valve to ensure a balanced budget. In order to retain its popularity in Malta the government is ring-fencing some of the revenue generated by the scheme for charity initiatives.

However the scheme is heavily criticised for opening up vulnerability for money laundering and tax evasion. The OECD has identified the sales of passports as a back-door for crime and several security organisations in Europe have advised their governments they are concerned passport sales schemes could be used by terrorists to gain access to Europe for themselves and their funds.

The scheme gives holders free movement in the EU and visa free travel to several countries including the United States.

Maltese passport holders who have acquired citizenship through the scheme have been listed by the US Securities and Exchange Commission as targets for sanctions as Russian oligarchs. Another holder has been implicated in Malaysia’s 1MDB scandal that forced the prime minister out of politics there. And another is involved in a major criminal investigation in Finland. 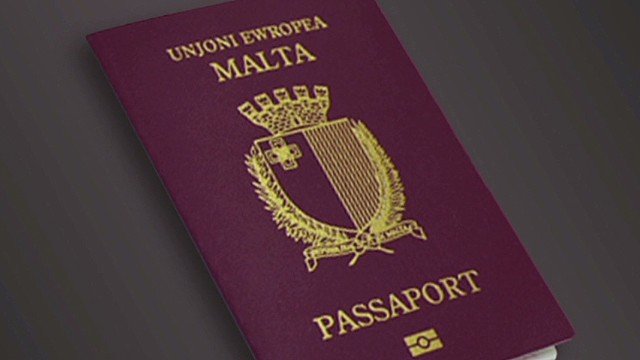