The PN is showing no signs of life. Its fortunes have been in decline for many years but the stroke it suffered in October of last year has proven irreversible. Its numbers flatlined and any signs of momentary flutter have turned out to be the unconscious jerks of a comatose patient.

It gives me no pleasure to say this. I don’t have much hope that those who say it does, stop being angry at the doctor and turn their attention to the shady man with a dagger gouged in blood.

Noel Grima today called the few who remain by Adrian Delia’s side ‘groupies’: fanatics who have lost any faculty of discernment a long time ago and now vacillate between anger at reality and outright denial.

Malta Today publishes its polling surveys monthly. Each one corroborates a dozen ones before it. Each survey conducted separately paints the same picture. All confirm the common sense impression collected from the fact that no one has in the past year met anyone who voted Labour in 2017 and intends to vote PN if an election were held tomorrow. 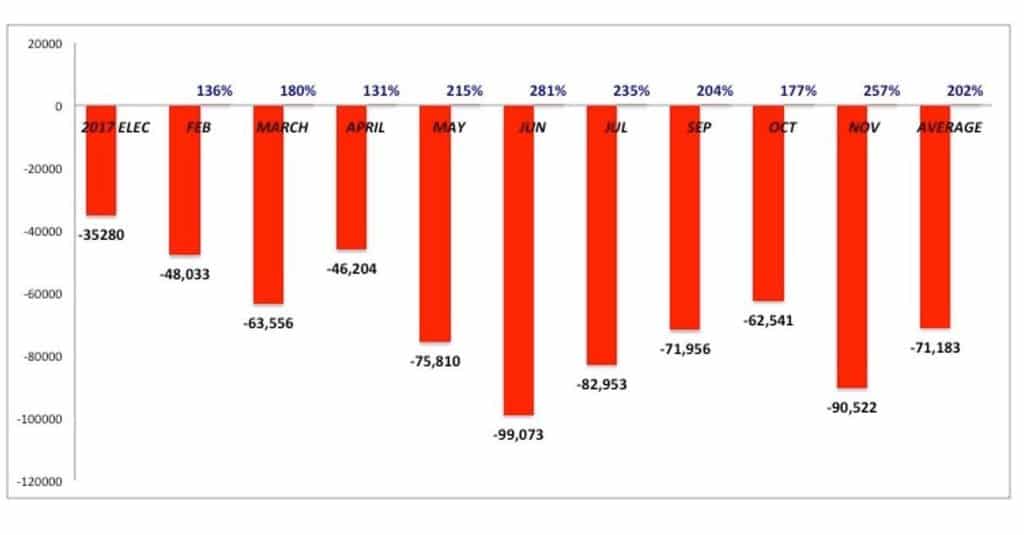 Robert Musumeci summed it up in his recent The Malta Independent appearance. He thinks Adrian Delia is the best thing since sliced bread. He thinks that those who voted PN in 2017 and would not vote PN while Adrian Delia is in charge are entitled, elitist, holier than thou hypocrites. But would he vote PN even with Adrian Delia at the helm? Never.

The PN has preferred to listen to the advice of people who would never vote for it and has dismissed the views of people who have given their entire lives to the causes it has upheld because they come from people who are perceived as threats or blamed for the ills that first brought Adrian Delia to prominence.

The inertia and complete paralysis that has gripped the political party that 10 years ago enjoyed the support of more than half the voting population is incredible to behold.

Hardly anyone thinks Adrian Delia is electable. The thugs that will go on Facebook when I post this now speak like desperados bracing themselves for the kamikaze destruction of the PN; that they will be happy to see the party destroyed for good than taken away from them and from their hero Adrian Delia.

These people do not know what a political party is for. It is not there to belong to anyone. It is there to serve the country and if it is unable to do so with one leader than it must get busy finding another. Tough luck for the leader who proved unable to lead it, but the party’s survival and the retention of an ability to fight and win are just too important to be sacrificed in the fall of its transient gods. This is not Adrian Delia’s chess club. It’s so much more important than that.

Then there’s a smarter group of people, sadly proving to be less smart than is rightly expected of them. In 2017 they had the idea of bringing in a fresh face to lead the party. I would have said – I did say that’s a bad idea – but no one could have guessed just how wrong the someone they found proved to be for the job. They brought Adrian Delia in and in place of the inspiring, approachable, suave, family man who understands business, has a common touch and has a practical and logical approach to politics, they found someone who couldn’t grasp the basics of his job if he spent half a lifetime trying to learn it. 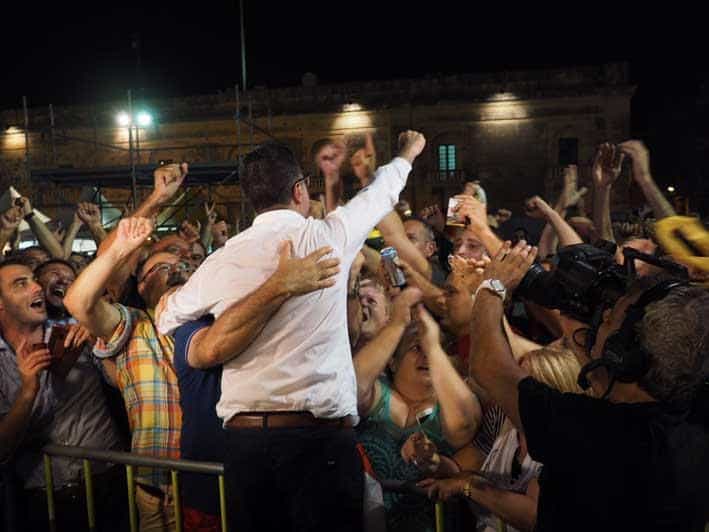 If they were to remove him they expect to be punished for inflicting the consequences of their bad judgement of character. They fear the end of their careers which they perceive as inevitable. It’s what they would expect for anyone else who would have committed their blunder.

But again the mission of a political party is greater than this. Those who backed Adrian Delia likely intended well and that must be taken into account when judgement falls. After all, as much as Adrian Delia fooled the electors of the PN into thinking he had what it takes to run their party, he has fooled those who promoted his election and supported him through his disastrous months at the helm.

They should now remove him and the rest of the party should support them and withhold any gut desire for revenge. Exacting reparations from the people who supported Adrian Delia would be pointless destruction and would prevent the party from fulfilling its mission of serving our democracy.

Let’s face some facts. It should not be a happy day for an Opposition Leader to address the press as Adrian Delia had to do last week to demand action by the Prime Minister after damning details from the 17 Black scandal were published worldwide.

It’s an unpleasant job, but someone has to do it.

Adrian Delia couldn’t. He had to fudge his way through. Consider how he handled the direct question of that agent of the corrupt – the Super 1 propagandist – who asked him if he was then alleging Konrad Mizzi and Keith Schembri have been bribed. Of course, they have. But he couldn’t bring himself to say so. Instead, he chewed on barely relevant legalese spoken by a man for whom it was more important to ensure Daphne Caruana Galizia’s memory would not be vindicated than to oppose Joseph Muscat.

We know now Keith Schembri and Konrad Mizzi are corrupt as we knew when Daphne Caruana Galizia first said it. But Adrian Delia cannot say that now, can he?

Joseph Muscat today reminded Adrian Delia that if the latter is to demand political accountability, he would have to demand it of himself and resign.

Never mind the tautology in Joseph Muscat’s argument because of course, the flipside of what he is saying here is that since Adrian Delia would not resign, no one need ever be held accountable. But in there you have the nightmare we are stuck in.

Black pots and black kettles delighting in our helplessness.

What will it take for people who have served this country so well in the past to realise they are desperately needed to act now? When will the eyes of this comatose patient flicker open?