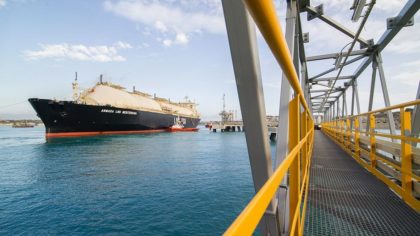 Joseph Muscat yesterday said the 17 Black revelations were the “latest version in a series of allegations”.

Here’s the first version. This post by Daphne Caruana Galizia from 2013, seven months into Labour’s government, shows she had already figured it all out within hours of the very first announcements on this project when it was still a twinkle in the milkman’s eye.

We’re not entertainers. We don’t play tunes for as long as they’re popular. Our job is to speak the truth until the truth brings about change.

Some people mock me because I’m a “wannabe Daphne”. You read that post from 2013 with what we know now and the evidence collected since and if you’re in my business you would really want to be Daphne Caruana Galizia. Her intuition, her sense of big picture, the dim view she took of prestidigitation, and the courage of publishing when she had no reason to hope anyone else could see what she was seeing … one may wish to be like that but one very rarely is.

When they decided to kill her they knew that unique ability would be unrepeatable. In her death, their safety.

Previous:Flatliners
Next:Joseph Muscat missed Remembrance Day Mass because he was “too busy”