This Guest Post is in response to an earlier Guest Post that looked forward to a PN without Adrian Delia. This response takes the opposite view. It is sent in by someone who calls himself Ouaga. 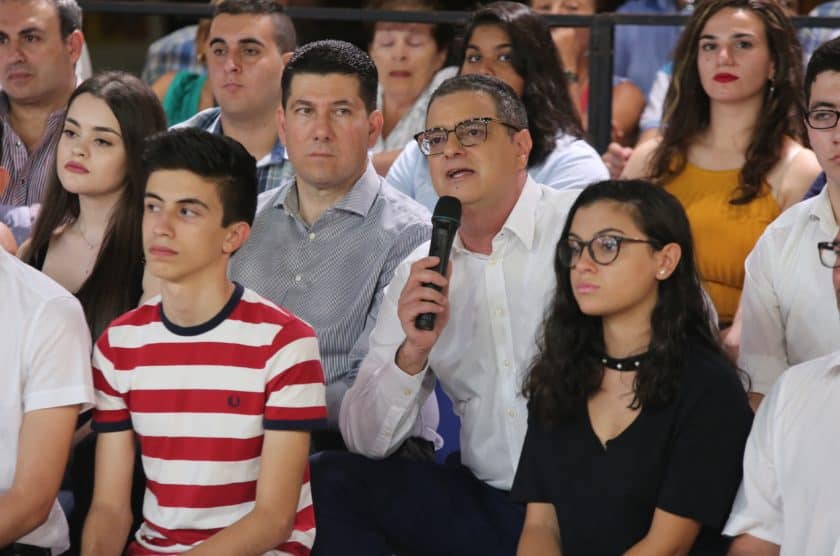 I have just read the guest post by ‘Lake’ and the article brings back nostalgia as well as examines the current frustrations of the non – ‘l-aqwa żmien’ (let’s indulge ourselves) camp. This is an article that hopefully empathizes with all that ‘Lake’ writes, but also, one that looks at parallels and one that offers some sobering thoughts.

I would like to examine two parallel political chapters, from two countries with quite similar political systems to Malta’s, and from which one can heed advice and warning, and hopefully avoid the same pitfalls, as Malta can ill afford to do that.

Parallel No: 1. In 1979, the UK elected a Prime Minister who was to rule her country for a substantial number of years. Supporters of her party still remember her with affection and nostalgia. Margaret Thatcher won 3 consecutive elections. When her popularity waned and her time was up, her replacement managed to squeeze in a fourth election victory, when John Major snuck in with a 21 seat majority (out of 650 seats). However, the political cycle was unstoppable and one extra victory exacerbated a huge defeat at the following election. Blair won the following election with a 179 seat majority, and the rest is history.

Not quite. What happened to the Conservative party in opposition? They searched for a new Messiah. Their first leader was William Haig, who although very competent, resigned after losing the following election. Next came Iain Duncan Smith. Conservative voters became quite impatient with him and he only lasted two years. Next came Michael Howard who lasted a bit longer but never won an election. Four leaders later came David Cameron who (despite his gross Brexit miscalculation) was competent and by the time he became leader, his own party had been in opposition for long enough to give him a fair go.

Parallel No: 2. On the other side of politics and the other side of the world, Labour voters in Australia still remember Bob Hawke with affection and nostalgia. He won four elections for the ALP between 1983 and ‘91. When his popularity waned and his time was up, a very bright politician named Paul Keating managed to sneak in a fifth electoral victory, completely against the political cycle. Once again, the political cycle was unstoppable and the extra victory exacerbated a huge defeat at the following election. The government changed with a huge landslide and the rest is history.

Not quite. What happened to the Labour party in opposition? Australian Labour voters searched for their new Messiah. Their first leader was Kim Beazley, who although very competent, resigned after losing the following election. The next two leaders, Simon Crean and Mark Latham lasted for around two years each. Five leaders later, Kevin Rudd managed to win an election for Labor.

The Maltese parallel is clear enough – ‘Eddie’ kept winning elections, and ‘Gonzi’ managed to sneak in an unexpected electoral victory against the odds. The consequence, however, was that this extra victory exacerbated a crushing defeat the next time round. The leader who followed was also very competent but resigned after losing the following election. That is where the parallels are currently at and I hope that that is where they stop.

How many leaders will the Nationalist party go through before the political pendulum swings back, the government changes and consequently, the new Messiah would have been found?

The parallels need to stop there because the segment of the Maltese population which is once again on the right side of history, because their vote is not easily bought, because they do not tolerate rampant corruption, because they don’t like their institutions being hijacked, or their broadcasting once again becoming a tool of government propaganda and so on, have an enormous challenge in front of them.

The correct side of politics is facing a challenge greater than the one ‘Lake’, Manuel Delia, Daphne and the rest of us grew up with in the 70s and 80s.

The image of the battlefield that ‘Lake’ utilizes is a very poignant one, as this is no normal political cycle and somehow the correct side of politics needs to urgently consolidate. Misinformation and media manipulation need to be challenged effectively, the Maltese people need to develop a sense of moral reasoning where their vote cannot be bought, and where collective wealth and the national interest come before party politics.

Malta’s reputation is sinking not only among taxi drivers in South America but also in South East Asia, West Africa and more tragically in Europe.

Please, Malta cannot afford to follow through with the parallels described above.