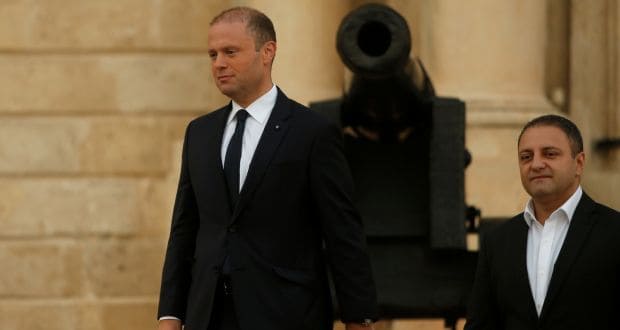 It’s ok for Kurt Farrugia to have a copy of the Egrant report. He told everyone in court today, answering questions from the PN’s Vince Galea, that he has a copy in his office. But don’t worry he keeps it locked. And he promises he doesn’t field questions from Keith Schembri — his boss — about it. Or from anyone else.

Like a teenager told to hide his sibling’s Christmas presents, he assures us the content of the inquiry makes happy reading. For him it would be. Although, confusingly, he says he didn’t really look at the content because the concluding chapter had been so emphatic he didn’t need to look at the premises and the evidence backing it up.

So, by his own account, you can’t read into Kurt Farrugia’s little head the evidence that is supposed to back the claim that Joseph Muscat’s family did not get bribes from Azerbaijan through the Panama company Egrant.

Any other time you’d sarcastically say we’ll have to take Kurt Farrugia’s word for it.

But he gives us his word he hasn’t “consulted” the most sought-after document since the Dead Sea scrolls.

They speak as if they don’t see what the issue is here. On the back of this document almost no one has seen, and the ones who have say they haven’t even “consulted” properly, rests the prime minister’s case that there is no evidence he is corrupt.

It is their alibi; Joseph Muscat’s get out of jail free card.

And yet, like the Monopoly player who claims to have a get out of jail free card but says it’s in his pocket and can’t produce it for the rest to see, we are really being asked too much.

Richard Nixon once said “people have got to know whether or not their President is a crook. Well, I’m not a crook. I’ve earned everything I’ve got.”

Nixon’s last sentence was not a lie.