Maltese Satabank customer closes her restaurant: “I lost everything. My life is ruined.” 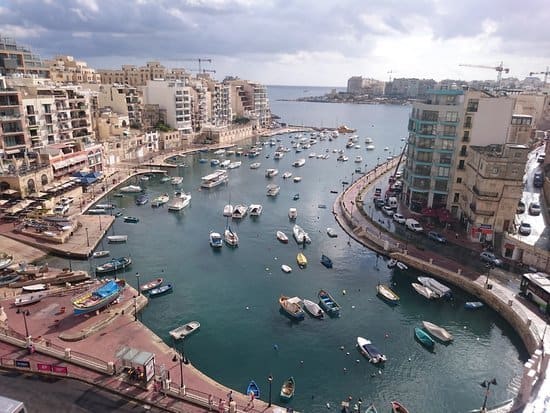 I met Jane Borg (not her real name) at a cafe’ not far from her old St Julians restaurant. She told me her next appointment was with her landlord. She decided to return the keys to her restaurant to him with all the equipment and the remainder of her stock inside.

Jane is 35. She entered the restaurant business three years ago with her then Italian boyfriend with whom she has a daughter. They used their savings to fix the place up and without borrowing a cent they opened a restaurant employing 9 full-timers.

The restaurant did well. Enough to pay the extreme rates of a St Julians waterfront establishment that can take 80 patrons. They served Mediterranean food and between their reputation and their location, they were always busy.

Since they did not look for financing when they set up, they only needed a bank to handle their point of sale card transactions. Jane had only ever had a personal bank account and that cannot receive payments from EPOS machines. Her bank would not accept her restaurant business because her partner was Italian and the due diligence procedure they described to her would have meant months before they could serve the first customer.

In the meantime, the venue they had chosen charged them €7,000 a month in rent. It was either start or bust. After a little shopping around, their accountant sent them to Satabank. He told them their account would be up in a day. It was up in 10 minutes.

She wasn’t exactly happy with her bank. The staff at the branch looked confused. If she walked in to collect spare paper rolls for the EPOS machine, a staffer would tell her to wait in a line to pay. Another would come to tell her she’s in the wrong line. And yet another would give her a bag of rolls, wink at her and show her out with no charge. Annoying, but not disastrous.

The bank would not give her a cheque book because they don’t provide any. That was a bigger inconvenience. Her suppliers expected payment on delivery and she needed to keep cash in her safe to pay them.

At one point she wanted to change the decor of her establishment and Satabank told her they could not offer her a business loan because they weren’t ready to offer anyone any.

The inconvenience was getting on her nerves. When she split up with her boyfriend and she took over the business on her own she resolved she’d look for a new bank. Someone would take her on now her business was entirely Maltese owned.

On 13 October she was visiting her parents before work at the restaurant. It was Saturday afternoon and the news said the regulator had moved on Satabank. She worried but on a Saturday night, there was no one she could call.

She opened the restaurant as usual. Her first customers paying a bill gave her a credit card. She passed the card through the EPOS machine nervously and the payment went through. Relief. Especially since that morning, she had deposited all the cash that was in her safe as she was not expecting any deliveries over the weekend. All she had was €200 in her wallet.

Then it was time to accept payment from her second set of customers. It was a table for 8. Their bill was for €480. The card did not go through. She tried and failed again. And then she tried to use her own card to make a test payment and that did not work either.

For the next two weeks, she warned customers at the door, or whenever they called to make a booking, that she would only be able to accept cash. Most turned away. For two weeks she lived on stretching the €200 in her pocket and she got supplies for the restaurant on credit. The bank’s problem, after all, was supposed to be temporary.

In two years of business and in her entire adult life she had never run a debt.

She moved out of her apartment with her daughter and went to live at her parents’ hoping this was temporary.

Jane told me she feels her life is ruined. She had been meticulously careful with her business. She never bit more than she could chew. She used her savings to realise her dream of having her own business and she kept it up even when her boyfriend quit.

She was making an honest living. And now, because Satabank took clients that — according to some stories — laundered money from organised crime, she’s been driven out of business. Her employees have already found other work but they call her for the missing days of salary she has not been able to pay them.

And she gets intimidating calls from suppliers. She says they don’t believe her the problem is the bank and she would have kept her record of paying all on time if her bank had not shut down one Saturday afternoon.

She told me she had always voted Labour. “If any politician of either party comes to my door, I’ll make them eat my vote”.

Satabank was licensed by Malta’s authorities. That was the insurance she needed to know she could trust Satabank. She relied on that license to trust her business and now the world has been pulled from under her feet.

Jane told me she had become independent. She helped her retired parents financially. She brought up her daughter alone. She had her own business and employed 9 people. She planned to refurbish her restaurant and grow her business.

Now she’s mired in debt with no prospect of repaying it in any reasonable time while in the employment of someone else. She has angry creditors chasing her for money she does not have. She’s living with her parents and she has to ask her former boyfriend to lie and tell their daughter they bought her Christmas present together.

She has nothing except dark thoughts of anger, guilt and fear.

And whenever she reminds anyone her plight was only because of what happened at Satabank she feels people blame her for choosing that bank.

When she begged in other banks over the last month they slammed the door in her face as a presumed crook.

Her world has turned upside down in the space of a month. And there is nothing she could have done differently to avoid it.

Previous:Your energy bills are higher because of the corrupt deal with Electrogas. The Auditor General says so too.
Next:UPDATED: Roberto Saviano interviews Daphne’s sons