Organised crime: do we know it when we see it?

A prosecutor in Bari has declared the case of a woman who thumped a journalist for asking her uncomfortable questions, an act of mafia. 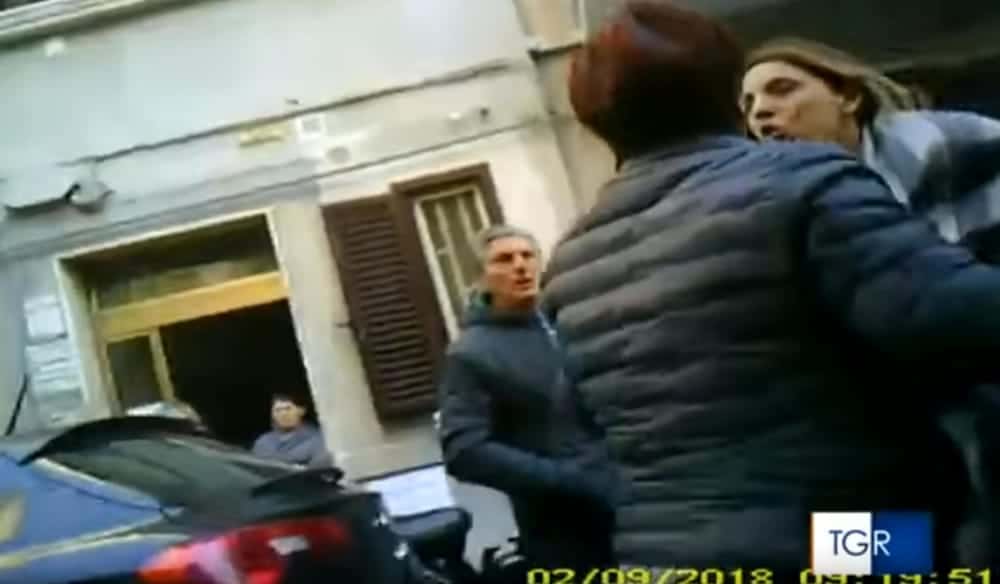 For decades we have gone on with the idea that organised crime is for movies and other countries we go to for holidays. It is clear we need to think again. It is important that we recognise the significance of this if we are to fight it.

We have a culture that romanticises organised crime. Restaurants hang pictures of Vito Corleone and Tony Montana as if they were role models. It is not harmless fun. If we have enough good sense not to hang photos of Benito Mussolini and Adolf Hitler in restaurants why do we idolise fictional characters who exchange the death of others for their own wealth and power? Remember of course that these characters may be fictional, but they’re not fantastical. They mimic real-life anti-heroes of organised crime.

It is not harmless fun. It glosses over crime and legitimises the acquisition of wealth from outside the law. It helps recruit young people for whom engagement with organised crime is making money by any other means.

Discard notions of inner city depressed areas as the recruitment ground for organised crime. Money launderers, tax evaders, traffickers and smugglers need lawyers and accountants, business managers and publicists, bankers and marketers to make their business roll. They need them with enough ambition and greed and sufficient moral ambiguity to work for them without having to feel any queasiness at the thought of blood they’ll never see.

When we start recognising organised crime, we can start legislating against it. We can define the crime of organised conspiracy and aggravate what would seem to be ordinary crimes with the identification of service to organised crime.

Consider the story of a Rai Uno journalist — Maria Grazia Mazzola — who was physically attacked and punched in the face by a woman in Bari while she was asking questions about the work of the mafia there. The aggressor was Monica Laera with a record of mafia convictions. In her world she’s a ‘boss’.

The Bari prosecutor has decided to aggravate the crime the perpetrator is accused of by the fact that the aggression was an action of mafia: intended to define a criminal territory and intimidate anyone from stepping into it.

Maria Grazia Mazzola did not want to enter this woman’s territory to compete with her crimes. She was doing the work of a journalist — asking questions, challenging people to explain inexplicable relationships between governments and businessmen, and in turn with crime. She also asked her about her son who had raped a 12 year old child. And she got thumped in the face for it. The punch was accompanied by an explicit threat: ‘if you come back, I will kill you’.

But what’s worse than the thumping, is the fact that organised crime uses its influence, resources and means to scare people off asking questions to matters that cannot be easily explained.

Monica Laera will be tried for her crime. But the danger is she was acting on behalf of an entire organisation. The exercise of justice on Laera, however desirable, is an even greater threat to the safety of the journalist Maria Grazia Mazzola. Only Laera will be tried. The clan she is boss of will remain in business, with more reason to be angry.

We too live in a different country now. A journalist has been killed here for her questions. Yesterday’s The Sunday Times quoted investigators into Daphne Caruana Galizia’s murder say that “people with different motives came together” to organise Daphne’s execution.

That’s the most basic definition of organised crime. Different people with different reasons to kill someone, organise themselves and commission a team to eliminate a journalist overstepping her territory.

We have no laws here like the ones the prosecutor in Bari is using to apply special mafia procedures to investigate, prosecute and ensure proportionate punishment on conviction of a crime perpetrated in furtherance of the interests of organised crime.

And we have nothing like the professional solidarity and state-protection to make sure that the fight against organised crime does not simply eliminate the volunteers on the front line.

Clearly, we should have.