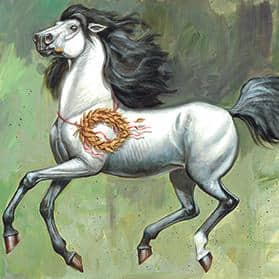 “There are family dynasties that wield enormous power in this country, not quantified by votes or popular support and not tempered by the prospect of replacement by rivals in an electoral cycle. Unlike Nationalists or Labourites, corrupt politicians and honest ones, popular or cerebral, these oligarchs are always on top.

We speak of the institutions controlled by Muscat. But we do not ask who it is that controls Muscat, who makes him dance to silly tunes even at the conscious expense of his own dignity.

These dynasties have carved up the territory and they operate exclusively and, the 17 Black scandal now suggests, some of them with impunity. It is not only Mizzi and Schembri whose manifest connections to 17 Black are being ridiculously ignored. The actual owners of 17 Black, the partners who benefited from the gargantuan public contract awarded them by Schembri and Mizzi: they too benefit from the protective custody of a Prime Minister in office who stops justice outside the big green door of his lofty office.

Ninety-three kilometres of water away they have a name for this sort of situation: ‘infiltrazione mafiosa’. That term is used when a 1991 law is applied – as it has 306 times – when the Rome government dissolves a local government believed to be acting in the interest of an ‘associazione di stampo mafioso’ rather than in the public interest.

That’s when an organisation uses the power of coercion, intimidation or collaborative silence (omerta’) to grow their business, get public permits or concessions or secure public contracts from the government.

When that happens, when the facts emerge and the government does not act, it is presumed that those private interests have infiltrated the workings of government itself and government officials, elected or employed, are acting on behalf of those interests.”