‘I misled Parliament but that’s ok’ 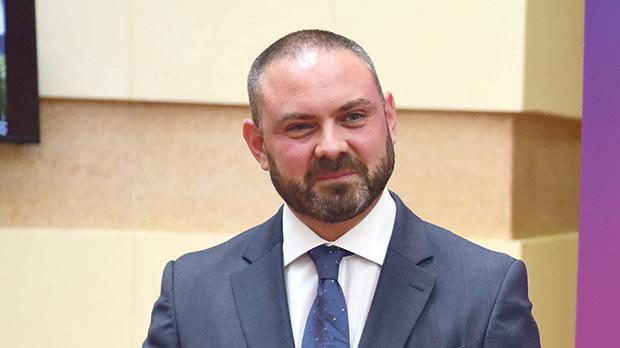 Look at Owen Bonnici lying his way out of his own lies. Earlier he told European Parliamentarians that inquiries into Konrad Mizzi and Keith Schembri had absolved them. Challenged by Times of Malta to say what inquiries he could have been possibly referring to, he admitted he was not being accurate to help his audience of ignoramuses understand.

After all, his impish logic suggests, that usually works in Malta. Why should it not work in Strasbourg?

The European Parliament is not like ours. It does not inherit the Westminster style. Ours does and one of the most highly regarded traditions of Westminster Parliaments is to never, ever mislead it. It is the cardinal sin of Parliamentary ethics.

The misleading of parliament is the knowing presentation of false information to parliament. In the UK, Australia, Canada, India, Kenya and so on — and in theory in Malta as well — a government minister that is found to have misled parliament will generally lose their ministerial portfolio.

By convention, a minister found to have misled parliament is expected to resign or face being sacked.

The Scottish government ministerial code requires ministers to resign if they mislead parliament. For witnesses giving testimony to an Australian parliamentary committee, giving misleading evidence can be considered a contempt of parliament.

Owen Bonnici’s “clarification” with Times of Malta is an outright confession that when he was giving testimony to the European parliamentary special committee on tax evasion he intentionally misled them. He told them “two major inquiries had concluded there were no grounds to proceed against these people” referring to Keith Schembri and Konrad Mizzi.

Challenged by Times of Malta he “specified” that the inquiries into kickbacks and corruption involving Konrad Mizzi and Keith Schembri “had not been concluded yet”.

He did not tell Times of Malta he made some mistake or he got confused between all the pointless and fruitless inquiries designed to bamboozle, befuddle, confound and discombobulate but certainly not to establish the truth and serve justice.

He told them, rather, that “he used such terminology so people would understand”.

That’s a straight-up confession. ‘I wanted parliamentarians to leave the room with the impression that inquiries that are still ongoing had in fact been concluded and had acquitted Keith Schembri and Konrad Mizzi’.

Of course, Owen Bonnici has done this before. As did the rest of his government since February 2016 when a picture of a lamb appeared on Daphne Caruana Galizia’s blog and we speculated what Konrad and Sai Mizzi were having shipped from New Zealand for their Easter lunch.

But the heirs of a Westminster tradition need to be heirs of a basic code of conduct and decency which cannot be written in rulebooks. Owen Bonnici will not resign because he was caught misleading Parliament, even the European Parliament. And Joseph Muscat, for whom he was covering with those lies, will not fire him either. He’d have to leave himself too.

He’d have to leave twice – an extra dismissal for misleading a nation with tears like a fat diva singing her last aria before jumping to her melodramatic death from the roof of a prison onto a mattress three feet below.