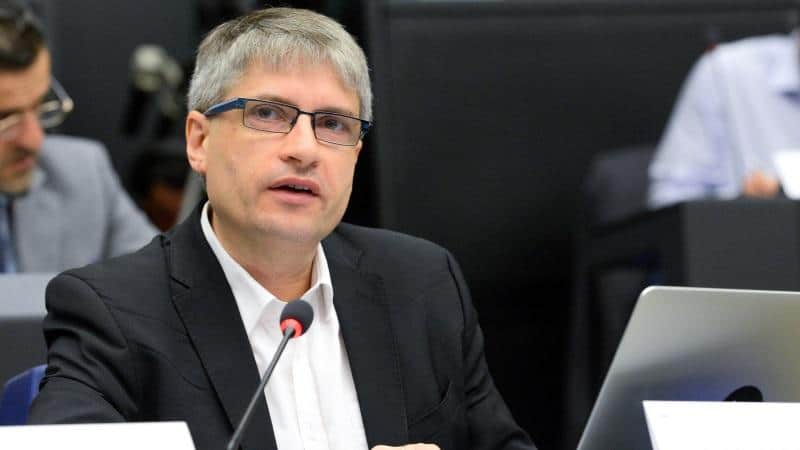 I confess I’m utterly perplexed at the schizophrenic way the PN is dealing with the storm of criticism coming towards the government of Malta from institutions outside it.

The way they bashed Green MEP Sven Giegold in the last few days “condemning” him for calling for the European Commission to start Article 7 procedures in respect of Malta is frankly bewildering.

Especially since in the same statement they “challenge” him to follow the PN’s example of putting pressure on Malta’s government (they’ve taken to calling them Socialist again, what’s up with that?) to right its wrongs.

What did you think Sven Giegold was doing?

And what sort of pressure does the PN have in mind? Cuddling the government to death?

For a long while now we’ve been complaining that of all the European institutions it has been the European Parliament that has stepped in, in defence of the rule of law and ordinary justice in Malta. Parliamentarians from across the political spectrum — right to left — have investigated what was going on here — the corruption, the suppression of fundamental freedoms, the frustration of the rule of law, the manipulation of the judiciary, the killing of a journalist and the intimidation of free speech — and called for a change in direction.

But we have long lamented that the European Parliament can only make declarative statements. It does not have the executive authority to do more.

Joseph Muscat demonstrated his contempt for them when to their face he told MEPs he was not too bothered with what Parliamentarians tell him. He would rather listen to what other governments would say to him.

Sven Giegold was there through and through. If anything he is one of the most obvious cases of MEPs who spoke up for the rule of law in Malta with little to no political advantage for himself. Labour could accuse politicians of the European People’s Party of acting in sympathy with the interests of Malta’s Opposition.

Theirs is a truly objective assessment that we desperately need, an independent testimony that we depend on to somehow counter the dogmatic paradigm imposed by Joseph Muscat.

What Sven Giegold is calling for is what anyone concerned with what’s going on in Malta is calling for: legal and appropriate action by the European Commission, the institution tasked with guarding the Treaty of European Union and with the legal power to do so.

When speaking about “punishing the people,” in respect of using Article 7, the PN has shown a woeful lack of understanding of the basic workings of EU law and the governance of its institutions. They seem to be perceiving Article 7 as some bombing raids on civilians authorised by the UN Security Council to try to spur the people into bringing about regime change.

That’s not what this is about at all. This is about “putting pressure” on Malta’s government, destroying the fictitious notion that Joseph Muscat is doing no wrong and that all this complaining is because of personal or partisan dislikes.

The PN can’t continue to live under the illusion that it is of any relevance or effect in resisting Joseph Muscat. It needs all the friends it can get. It needs to encourage the continued interest of objective observers in the misery of our plight. And we need the European Commission to snap out of its stupor not to continue to find reasons to cajole and caress Joseph Muscat.

Once again Joseph Muscat has found his greatest ally in Adrian Delia’s party.

Malta, on the other hand, may have very well lost an ally in Sven Giegold and others who must wonder how deeply corruption is set in this country that even a political Opposition seems keen to cover for the foibles of its government.

Previous:The Greco report is not about legacy laws. It’s about the cover up protecting Keith Schembri and Konrad Mizzi.
Next:As if we needed more proof