This article reviews Air Malta’s statement of yesterday about their financial statements for 2018. You can read Malta Today’s report of that statement here. 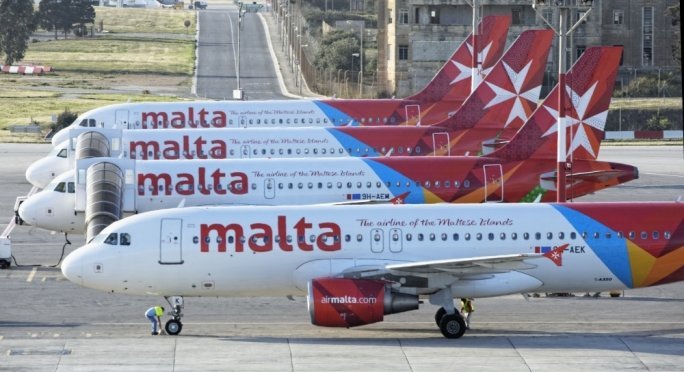 “Through this transaction, Air Malta has realised fair value of these slots, whereas the government (through MATL) acquired an asset representing a low-risk capital investment with an immediate secured return on investment for an indefinite duration and the possibility of profit through disposal on the open market in the future,” an airline spokesperson said.

Comment – As long as Air Malta remains fully owned by the Government, the question of sole State Control does not arise. This would arise only if the Government still intends to sell Air Malta in part or in full to another airline. However, one may question the value of Air Malta (which is currently ZERO) without the landing rights, and this would therefore render the sale in part or in whole, extremely difficult, unless a long-term agreement on the slots is included in the sale.

A positive aspect of this sale is that if Air Malta is wound up, it would not automatically lose the landing rights, as these have been sold to another company.

The negative aspect to this is that any future appreciation in the value of the slots will, in the event of a liquidation, be to the detriment of the current creditors of the Airline as the appreciation would be to the benefit of the Government through MATL.

What the Government, through MATL, may be aiming to achieve with this move is a replica of the MALITA company, a public private partnership set up in 2011 and highly criticised by the then PL Opposition, which had bought buildings like the Airport Terminal, the Cruise Terminal, the Parliament buildings and other buildings and which were then leased out. The company then offered shares to the public and became listed on the Malta Stock Exchange and offers a solid market performance.

Land and Buildings – The company said that the situation regarding accumulated losses amounting to Euro 223 million, would have been worse had Air Malta not revalued its properties that year, which gave it a Euro 16 million boost with which to pad those losses.

Comment – I would start by saying that the revaluation of property is required by International Financial Reporting Standards and, in revaluing its property, the company was adhering to required standards.

I do however wish to highlight that the revaluation was not so much a matter of padding losses, as much as a hint to the hiving off of the property into another company, possibly MATL, or some other public private partnership with a developer/s.

As with the sale of the landing rights, this potential sale would, besides positively addressing further the precarious financial situation, also alienate future appreciation on the property from the creditors of the company in the event of a liquidation.

In my opinion, this part of the statement should have been left out, as it is a given that the professional firm would have given its right advice to the company, even more, being undoubtedly the Number 1 Firm in Malta.

The only comment I would like to make, once it was mentioned, is that I hope that Konrad Mizzi has understood the difference between this highly reputable and professional firm and his favourite firm, Nexia BT, which exhumes the blackness of Hearnville, Rototura Trust and 17 Black.