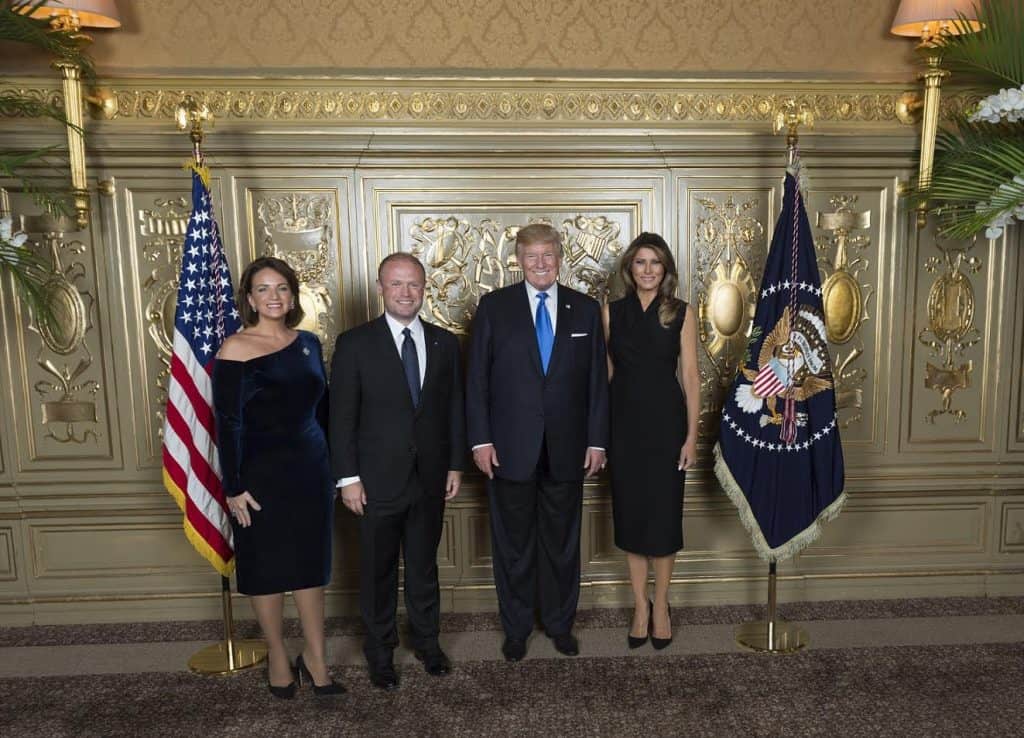 There are journalists, pundits and media outlets attacking him, his administration and those around him on a daily basis. There are specific channels dedicated to defending him and touting all of the positive things that can in some way be tied to his efforts and there are some channels fully dedicated to doing the opposite and tear him down. Entire columns, shows and documentaries are done bringing attention to a myriad of alleged scandals and criminal proceedings connected to him. There is ongoing courtroom coverage of lawsuits and charges among his associates that are covered relentlessly. It seems someone is filing a new lawsuit connected in some way to him on a near weekly basis.

He himself is regularly accused of a lack of transparency and for pushing the weight of his office in places and among people that compromise the integrity of the office.He surrounds himself only with people he trusts and appoints people to positions that may not be qualified under normal circumstances but having the right person in the job is less about competency for him and more about control.

I bet you didn’t realize how much Malta and the United States have in common today. Everything identified above can be said about either country’s top politician. I don’t believe the comparisons can go much further other than to say they both have incredible personalities – and this is a very important point. The similarities stop there. Donald Trump is, decidedly a moron. He is not smart, not well educated, does not have a clue what he is doing and is more often told what to do and takes credit for it. Joseph Muscat is very smart, well educated, is keenly aware and decidedly intuitive.

But Trump has demonstrated that smarts alone don’t earn you the office nor do they alone help you keep it. So while it is advantageous to be intelligent, it’s hardly a requirement. In today’s politics, it is all about personality, marketing, messaging and creating the perception you desire people to have. And even if and when the politician acts in a way that contrasts the perception, due to cognitive dissonance, those that were attached you before will be attached even stronger in defense of their belief in you. They fight for their candidate, because they are fighting being wrong about their candidate. In most cases they just don’t realize that.

The Opposition in Malta is losing the personality war. There is no one that compares. There’s an old saying in the world of sales: “People buy from who they like.” This is what happened in the election of 2016 for President of the United States; people liked Hillary Clinton much less than they liked Donald Trump. It did not matter the suspicion surrounding him, his gaffes and outright unprofessional manner. Trump won because of personality and he holds on because of cognitive dissonance.

It is a frustrating place to be in I am sure, but in the era of personality and cognitive dissonance, attacking people directly only makes each sides supporters more supportive. You aren’t changing anyone’s mind with your post about how bad the boogie man is because to them he is not the boogie man. It is a strange time to be living in where people can look a single man and claim him saviour while others claim him Satan. In the US attacking Trump is almost sport. There’s no end to it because he keeps doing, saying and tweeting incredibly stupid things and his supporters simply look the other way. While it is not exactly sport in Malta, the same outcome occurs when the current administration is attacked, many simply look the other way at what they view to be a better life and a better future and move on. Those that oppose Trump in the US are relying on the system to vindicate their beliefs about the man. Which brings us to a somewhat disappointing and frankly worrying difference between the US and Malta.

Right now, those that oppose Trump are still reliant on that “system” to see them through. A special investigative counsel was appointed and has been investigating many things around the president for the last couple of years. To date his campaign chairman, national security advisor, personal attorney and other aides and connections have all be charged and or convicted of various “blue collar” type crimes. But no charges have been directly filed against Trump. Yet.

Most people believe that the US system will work like it should so they have not given up all hope. Despite Donald Trump’s self-verified efforts to exploit his place of power by firing the head of the department investigating him, the US system of checks and balances is fairly difficult to outwit and the separation of powers is distinct and visible enough.

This brings out an additional difference between Malta and the US. According to Federal Law in the United States it is illegal to “endeavor” to obstruct justice, whether the attempt was successful or not. Section 1503, Title 18 of the US specifically states that the effort being made, offered or intended is a crime. There are multiple references to obstruction of justice in US law.

The dominant reference in Maltese law states “Any person vested with public authority who, by any unlawful measures devised with other persons, hinders the execution of law, shall on conviction be liable to…”

This is an incredibly weak law. First, guilt is only if the effort is successful at “hindering the execution of law.” Therefore, if you try to obstruct justice but fail, no problem. Second, the successful effort to obstruct must be done by “unlawful measures.” What does that mean? I am not a lawyer as of today, but perhaps someone can look into this.

Matthew Caruana Galizia has called for the EU to establish an FBI styled police force. It’s an extremely complicated matter but in many ways this might make sense. The US is made up of 50 states, most of them are larger than EU countries, and the US FBI investigates federal crimes that involve multiple jurisdictions. With limited resources and the known influence of the criminal element that makes its way to Maltese shores, a well funded, independent, well empowered investigative agency should be welcomed by all.

However, Malta must be empowered to transparently investigate itself. Much has been said about the separation of powers and rule of law in Malta at this time, so I will not rehash it here. But the citizenry of Malta should be encouraged to look at what is best for the country as a whole, not just their party or their saviour. Corruption is bad business, no matter who it involves. With such a small population it is nearly impossible to avoid some familiarity, so the laws must be strong enough, the system must be established wisely enough, to combat the potential harm that can come from such a closed community.

New things are learned by countries all of the time. Recently Washington State passed a law that says that a presidential candidate cannot run in that state if he or she has not publicly disclosed their tax return forms. Many states are expected to follow suit with similar legislation in a direct effort to impede Donald Trump’s re-election and in a clear learning for days ahead. The point is that the system has to stand up to the weight of the wiles of man. And the wiles of man are continually evolving ergo so must the system evolve. 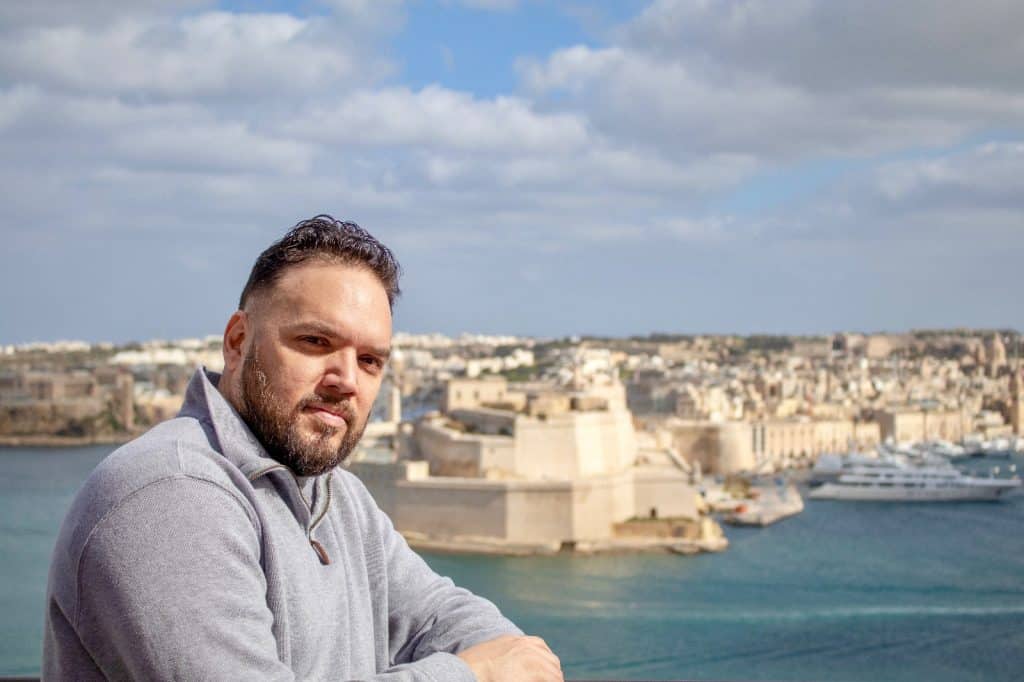 The author, Adam Zarb-Cousin, is a native of Malta and VP of Sales for a US based tech company.