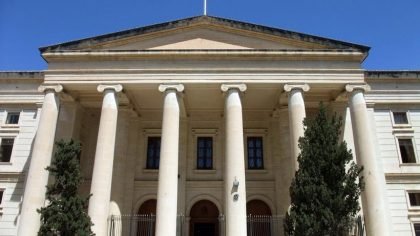 Repubblika this morning filed an application in the First Hall of the Civil Court asking it to order the government not to appoint new Judges and Magistrates until a new system of choosing judges that ensures the independence of the judiciary is introduced.
In public statements, the Government has already recognised the finding of the Venice Commission that the present method of appointing judges means the judiciary is not independent. Also in public statements, the Government has undertaken the commitment to change the method of appointing judges to guarantee judicial independence.
However the Government is now appointing six new people to the bench using a system it has already admitted amounts to undue interference of the Government on judicial independence.
Repubblika’s application of this morning is of major significance as it asks the Courts to examine the quality of our democracy. This is after the world’s most respected commission of experts on the legislative and constitutional design of democracies has conducted that examination.
Our case should get to the European Court of Justice in Luxembourg that is even now examining the interference of the Polish government in the judiciary of that country and has ordered Poland not to appoint new judges until that case is closed.
Repubblika’s action in court is not a criticism of the individuals the Government has today announced it will be appointing as Magistrates and Judges.
In the same way, the Venice Commission was not making any personal criticism against anyone in particular when expressing its conclusion that the current procedure for choosing and appointing incumbent judges and Magistrates left it vulnerable to political influence.
The Venice Commission categorically declared that “The Prime Minister should not have the power to influence the appointment of Judges and Judges-Magistrates. This would open the door to potential political influence, which is not compatible with modern notions of independence of the judiciary.”
This statement most clearly means that selection methods that may have been acceptable in the past, no longer conform with what the world expects today of a democracy.
The Venice Commission evaluated the selection methodology the Government introduced in 2016 that in its statement of today the Government reminded was used in the choice of the new members of the bench.
The Venice Commission explicitly stated that “the constitutional amendments of 2016, which introduced the JAC, were a step in the right direction, but fall short of ensuring judicial independence. Further steps are required. The principle of independence of the judiciary requires that the selection of judges and magistrates be made upon merit and any undue political influence should be excluded.”
On 12 April, 2019, Repubblika presented a judicial protest in Court on this subject which the Government proceeded to ignore and instead announced the new appointments. This is why it was necessary for us to file this case today.In a separate application, Repubblika is asking the Government to consider this matter with urgency.
Instead of ramming through a system it recognises as undemocratic, the Government should seek the advice of experts and propose Constitutional reforms that ensure judicial independence. New judges and magistrates would then be chosen using that system.
Repubblika is mindful that it is asking from the Courts for a categorical intervention in a system that we have used for many years and that was used to appoint all incumbent Judges and Magistrates. Repubblika is also convinced however that as guardians of democracy and of their own independence, the Courts should use all means available to them at law to prevent the rotten state of our democracy from getting any worse.
Repubblika’s application was sworn on behalf of the organisation by Professor Vicki Ann Cremona.
Lawyers Jason Azzopardi and Simon Busuttil are assisting Repubblika.
Previous:Disgraced Juventus manager Luciano Moggi is eligible to vote in Gżira
Next:Rushing appointments through