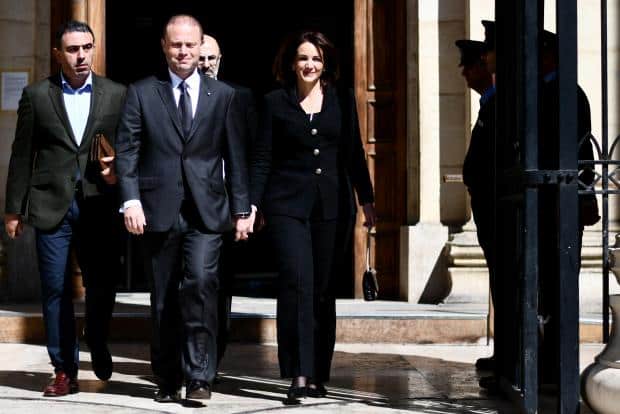 The appointment of new judges ought to be a day of celebration for a functioning democracy. But our method of choosing judges has been outed by the foremost world experts on how democracies should work as indicative of a failed democracy.

The government has accepted this and promised to change the system. It has taken on board what the Venice Commission said that what may have been acceptable in the past is no longer consistent with a democracy is expected to be like.

But of course that was empty talk. Instead the government is behaving like a common criminal, transforming the appointment of judges into a cloak and dagger conspiracy.

It is truly undignified.

Consider how they waited for the Easter break to announce the appointment of three new judges and three new magistrates when their names have been on everyone’s lips for so long.

Some of the announced choices strengthen the argument – not that it needed that – that the Prime Minister’s full discretion in choosing judges and magistrates amounts to an effective interference in the independence of the judiciary.

The promotion of Aaron Bugeja may be eminently well deserved. But how is the public supposed to perceive him as independent when the decision to promote him has been taken by the man – Joseph Muscat – Aaron Bugeja has just released from much legal and political grief with his inconclusive findings in the Egrant inquiry?

Who is going to believe Joseph Muscat’s decision had nothing to do with that?

Consider then the promotion of Francesco Depasquale. Again he may very well deserve a judgeship more than most. That’s hardly the point. What is the point is that his promotion at this precise moment is monumentally convenient to the person deciding it should happen – Joseph Muscat – who needs Francesco Depaqsuale relieved from the burden of deciding whether to order Karl Cini from testifying in the libel suits that could force the long elusive answers we need to know about 17 Black and Konrad Mizzi’s and Keith Schembri’s companies.

That’s just two examples. Much has been said about the appointment of Nadine Lia, daughter in law of Pawlu Lia, Labour’s legal factotum and himself a judge of judges given his seat on the Commission for the Administration of Justice.

Where does this end?

They realise this is inexcusable and they are smitten by the Venice Commission’s findings issued prematurely as a consequence of Daphne Caruana Galizia’s assassination so soon before the completion of their plan of taking over the entire judiciary, leaving no stone unturned to ensure a bias that servers their interest.

So they’re trying to get away with a last big rush before changes are made, by when it will be too late because a Labour-serving judiciary with the power to appoint new members in their ranks will perpetuate that consolidated, irrevocable bias.

They know they’re trying to get away with an effective coup. The word is they will swear the new Judges and Magistrates in within the next few hours, perhaps even today. The President’s diary (a public calendar available on the President’s website) says nothing about the swearing in of Judges today.

Previous:Repubblika asks Court to order government to freeze judicial appointments
Next:There you have it: government swears in judges of its choice immediately Repubblika asked the Court to stop it doing so