This is the first in a three-part series prepared by a guest writer known to me. 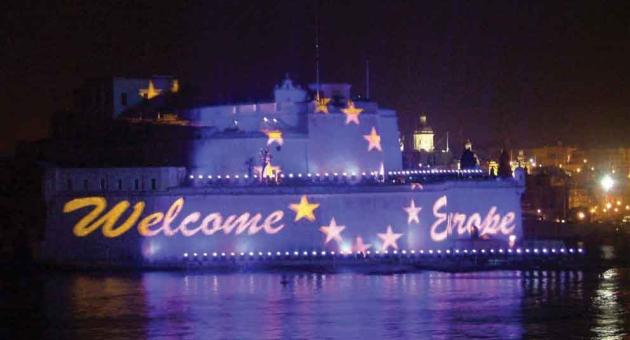 Muscat’s economic policy is reminiscent of the gang of wreckers in Daphne Du Maurier’s novel ‘Jamaica Inn’. These wreckers made a fortune by tricking ships laden with goods into steering themselves on the rocks. The goods were then plundered and it was ensured that there was no one to tell on them. The racket was organised by the respected Anglican clergyman who was also the revered secular leader of the Cornish community. He justified the profiteering with a twisted theological interpretation. For it to work, there had to be a strict code of omertà in the enriched community which was punctured only when an outsider visited. The story relates what this outsider had to undergo at the hands of the community for exposing the truth. This is the subject of the lyrics of the song by the Canadian group   Rush  “the wreckers’

Driven aground, with that awful sound
Drowned by the cheer from ashore
We wonder what for.
The people swam through the darkening storm
Gather everything they can score
Until their backs won’t bear any more.

This is reminiscent of the treatment Labour metes out to the Nationalist MEPs. In Mintoff’s time, the Labour thugs assaulted the Nationalist protestors under the watchful eye of the puppet police. When the protesters defended themselves, the police swooped in and arrested the protestors, not the aggressors for perpetrating violence. Moreover, they manhandled and confiscated the cameras of bystanders taking photos of the fracas. Likewise, when Muscat shed his fake tears, he considered himself as the true victim, not Daphne.

In the accession talks with the EU, The Nationalists were highly skilled negotiators. The EU was wary of Malta’s corporate taxation scheme and yet, surprisingly they accepted to tolerate it within the EU framework. They were also aware of the loopholes in Malta’s constitution and yet they never made an issue of it. Why? Because the Nationalist party in government never gave any cause for concern in international eyes. They were respected and that respect grew with time under their tenure within the EU. Furthermore, this favourable impression was extended onto to Maltese people as a whole. The entire country benefitted, not just one segment of the population.

With the international revelation of the Panama and Paradise Papers, matters changed drastically. The EU was always aware that Malta’s tax profile could actually divert or steal funds from other EU countries.   It became aware that this system was now in the hands of an unscrupulous Labour government that was actually doing it itself and intentionally running a national economic system intended to defraud other EU countries. Labour’s subsequent devious behaviour raised EU alarm further as it now became apparent to the EU that  Malta’s governance under Labour was run on Mafia lines. That provided the EU with the pretext to clamp down on Malta’s financial services and gaming industry. The government’s handling of the Pilatus bank in the wake of the US revelations and following Daphne’s murder drew their attention to Labour’s abuse of the constitution.

Labour has been out of its depth within the EU. Its behaviour has been a neverending quickfire sequence of PR disasters. Labour’s communications to international organisations have been clichéd scripts issued by Castille’s propaganda office – the customary scripts written by political idiots intended for an audience of useful idiots merely verbalised by their ventriloquist stooges. These arguments and denials have been parroted with their habitual Luciferian arrogance.  They have served only to insult the intelligence and integrity of the EU politicians and to provoke their ire. It is now clear, that the EU has lost its respect for the Labour government.

They now regard the Labour administration in the same way as they would a Gaddafi or Saddam Hussein or Putin administration. Cognisant that in Labour’s rhetoric, they say the opposite of what they do, none of Labour’s statements is taken seriously. EU institutions receive Labour’s denials with the same disbelief and contempt they reserve for holocaust deniers. More worryingly, following the widespread populist support from the electorate, the EU is now starting to see the whole nation in the same light as the administration. After all, the country gets the leaders it deserves. The Labour administration behaves that way because the Maltese people want it to. So, the EU concludes that the whole country is rotten and are  now coming around to considering Malta an unreliable member- the soft underbelly of the EU.

Previous:Which State asks its citizen whether it should bother to ensure their safety?
Next:Making things worse