You can’t harm nothing.

Turning up with a begging bowl outside 17 Black owner’s office does not hurt PN’s fight against corruption, Opposition leader thinks https://t.co/Dl0UYmwSqu pic.twitter.com/9C1C1QzGIj

Presumably he felt Simon Busuttil made an error of judgement in … not sure what but surely Adrian Delia must have thought there was some error somewhere.

And now Herman Schiavone and Kristy Debono walk into Yorgen Fenech’s boudoir and she apologises in a statement for somehow accidentally having had a meeting with the holder of the most shockingly scandalous name in the country for someone who does not sit at Joseph Muscat’s Cabinet. She promises us she meant no harm.

How does an accident like that happen then? Did she trip on something and roll onto Yorgen Fenech’s desk some 17 stories above road level in Portomaso?

Yesterday I wrote this sort of thing cannot be blamed on stupidity. It’s just too simplistic to allow for the possibility that someone could be so naive as not to realise that a meeting with Yorgen Fenech would be politically devastating, never mind morally reprehensible.

Yet with her apology of today Kristy Debono wants us to acquit her on that basis alone. Is she playing a dumb blonde card? And incidentally why isn’t Herman Schiavone apologising as well today? Is he blaming Eve for talking him into biting into the fruit of the tree of the knowledge of good and evil?

What is infuriating is that this plea for mitigation on grounds of stupidity is itself a callous assumption that we’re too stupid to see through this.

The only thing Kristy Debono, Herman Schiavone and those who dispatched them to have a meeting with Yorgen Fenech are really sorry about is being found out. They assumed we’d never know.

Even without needing to speculate about what the purpose of the meeting might really have been and going by the official story that this was about getting a discount for a conference room, it is still unacceptable for two Parliamentary front-benchers who expect to be taken seriously to ask for that discount from whom, to use a metaphor, is the good governance equivalent of the Prince of Darkness.

Do you ask the devil if he has a light for your cigarette or do you start thinking this might be a good day to quit smoking? 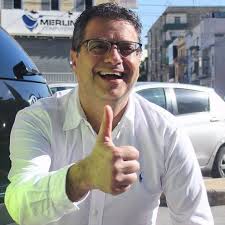