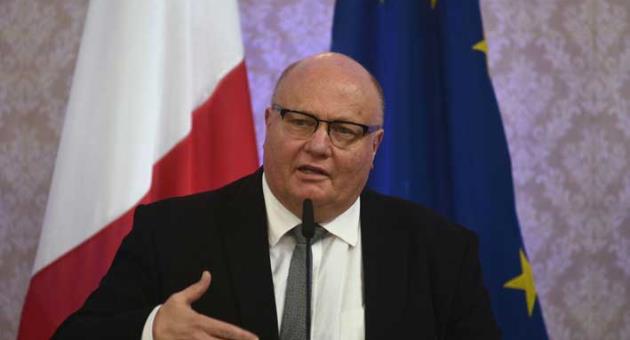 The Opposition has indicated it will not support the government’s bill to amend the Constitution to split the role of the Attorney General in two, retaining, even enhancing, the control the prime minister has on the institutions that are supposed to have the power to put handcuffs on him.

That is welcome news. But only because things will not be getting worse as a result of this bill. Things are bad. They’re staying bad.

The government has been advised, in spite of itself, by the Venice Commission on what is rotten with our institutional framework. It’s best to remember why the question was asked. Because a rapporteur for the Council of Europe could not understand how in an EU country Ministers caught with companies in Panama stayed on as Ministers. The answer to that question is the same answer to the question why don’t we know who killed Daphne Caruana Galizia?

Because Joseph Muscat rules by decree.

And he wants to continue to do so.

But that’s not what’s happening. The former dean of the University’s law faculty, Kevin Aquilina, in a paper published yesterday said the law proposed by the government “leaves very much to be desired. It has conceptual flaws. It is shabbily drafted. It is a parody of the December 2018 Venice Commission’s Report. It flies in the face of established constitutional doctrines. It is legislative drafting mediocrity at its best. In sum, it is yet another classic example of how legislation should never be drafted”.

I can see Owen Bonnici squinting and remarking drolly to Kevin Aquilina that flattery will get him nowhere.

The Council of Europe’s Parliamentary Assembly in two weeks will hear from its rapporteur Pieter Omtzigt. He will tell them the bill in front of Parliament “falls short of the Venice Commission’s recommendations in several important respects”.

From the adopted report on assassination of Daphne Caruana Galizia and the Rule of Law in Malta.

I know this is far from most people’s minds. But this is very, very serious.

Because the government wants its amendments rejected. It’s happy with the status quo.

It wants the current state of impunity to persist. We are roaming in a prison courtyard and Joseph Muscat has all the keys.

Are you reading this, European Commission?

Previous:When is a university not a university? (6)
Next:Konrad Mizzi is again ok with his own human rights