A Repubblika statement of earlier today: 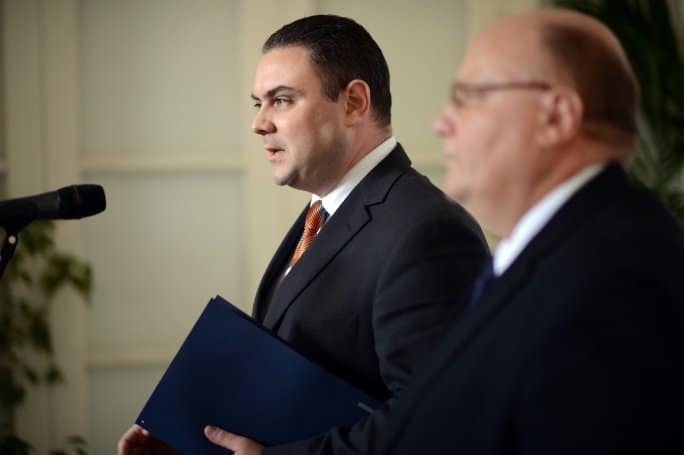 PARLIAMENT SHOULD NOT APPROVE CONSTITUTIONAL AMENDMENTS WITHOUT CONSULTATION

Repubblika is concerned about the bill the government is piloting this evening at the House of Representatives to amend the Constitution and calls on Members of Parliament to reject the bill if they are serious about wanting proper Constitutional reforms that address the problems they are supposed to solve and that are adopted with the wide consensus of the Maltese community.

It is not true that the Constitutional amendments proposed by the Government address in any way the grave concerns of the Venice Commission on the set-up and the independence of the Attorney General.

All the Government’s amendments do is allocate to two persons the roles of counsel to government and chief prosecutor.

But the changes force one of those roles to report to the other meaning the functions are not really separated.

What’s worse is that the need to separate these roles arises out of the fact that the official who decides on the prosecution of crimes is hand-picked by the Prime Minister. The Venice Commission found this is an excessive power while the Justice and Human Rights Committee of the Council of Europe found this excessive power is the background to inexplicable decisions not to prosecute corruption of Ministers and persons close to the incumbent Prime Minister.

The amendments being proposed to Parliament change nothing of the exclusive power of the Prime Minister of choosing the prosecutor.

At the same time the Government’s amendments leave out another very serious consideration: that the decisions of Malta’s Attorney General are not subject to any form of judicial scrutiny. If the Attorney General decides to drop a case against someone who has committed a crime, the matter stops there and no one can challenge that decision.

The Government is ignoring the Venice Commission’s advice and is instead using them as an excuse to continue to consolidate its control on the institutions that are supposed to keep it in check.

Parliament should not collaborate in the Government’s takeover of powers that in a democracy that deserves that name should not belong to it. Representatives have a moral duty to resist the Government’s encroachment and to insist the Constitution is only changed after public consultation with experts, civil society and the public.

Representatives should also insist that before piloting amendments, the Government demonstrates that it has sought the advice of the Venice Commission on any changes that claim to be made on the back of that Commission’s report. The European Commission has already demanded this.

If Representatives today approve these Constitutional changes, they’ll be sending out the worrying message that the political parties have reached a political consensus to conspire to deny Maltese citizens their democracy.

On the other hand if Representatives reject these amendments as we hope will happen, that fact should not give the Government the pretext to stop working on Constitutional changes that are needed and that have been recommended by the Venice Commission.

The changes we need should happen and should happen without undue delay. But the changes must address the identified problems of our democracy, particularly if they mean restraint of the excessive powers of the Prime Minister. Changes must be implemented with the serious and wide participation of civil society.