When the boss gets on the phone 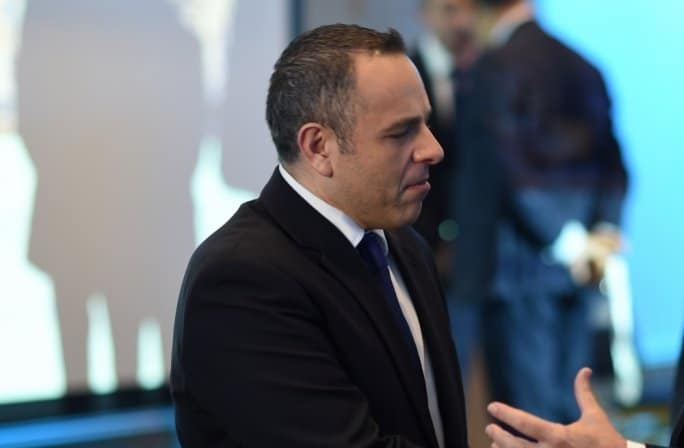 All those flamboyant reassurances we were given that the future for BoV was bright were turned to dust by the story in The Sunday Times of Malta today telling us that the financial regulator has given the bank an ultimatum to get its house in order.

The appearance of the story is the greatest indicator we have that some very, very serious trouble is just down the road.  The MFSA letter was written and we were told that it was written so that when shit hits the proverbial fan the last thing we think of before our eyes darken is of the government trying its best to save the day.

They hope we can remember Joseph Cuschieri on his high horse ordering the bank to complete “a two-year transformation program” “by Friday”.

This is supposed to help us forget the fact the government has been playing with Bank of Valletta for 5 years which is more than enough to turn a bank that survived the 2008 financial crisis unscathed into a strategic red flag for the Maltese economy.

Joe Cuschieri in shining armour is a quick way to stop remembering that the Bank of Valletta loaned Keith Schembri €2.6 million at one point extending his group of companies’ enormous debt exposure when it was making less than €60,000 yearly profits.

That’s just one incident we know of of illogical banking and counter-intuitive risk exposure that can only be explained by political favouritism and cronyism.

Keith Schembri is at the very heart of the weakening of our financial regulatory institutions. Edward Scicluna has recently announced that new institutions would be set up to enforce the laws. How has he ensured that the weaknesses of the old that have brought us to the current state are not repeated?

Consider Keith Schembri’s alleged calls to the FIAU to get them off this or that investigation when this was inconvenient for whichever reason. In December 2017 Peter Caruana Galizia testified in court his wife had told him her source at the FIAU complained to her Keith Schembri called several times including to get the FIAU off the trail of Pilatus Bank.

That is not necessarily a purely political intervention, inappropriate as that would have been.

In view of the fact that Keith Schembri personally banked at Pilatus Bank, his intervention there served to protect his personal interests as well.

Keith Schembri’s principal banker is the Bank of Valletta.  Have the institutions been weakened by these sort of personal interventions sacrificing the long term interests of the bank, its depositors and its shareholders on the altar of the short them interests of a few of its praetorian clients?

Keith Schembri is at the heart of the Electrogas/17 Black scandal. One the one side the Panama Papers revealed he had Nexia BT set up a Panama company for him and fly around the world to find bank accounts for it. On another side he placed Nexia BT on the committee that awarded the power station contract. On yet another side of this trilateral the Daphne Project revealed the awardees of the power station contract promised to pay some $2 million into Keith Schembri’s Panama account.

But the keystone to this edifice is a loan of €360 million that the Bank of Valletta gave the power station awardees — Electrogas — in order to allow them to start the project.

No BoV loan, no new power station, no bribes paid into Keith Schembri’s accounts. How powerful that phone can be.

The exposure to the sort of risk the Electrogas loan forced the BoV into, particularly after the government no longer provided a guarantee to secure it, would have been massive for any bank. For little old Bank of Valletta the risk burden has been crippling.

Remember the warnings we’re getting about BoV are not necessarily that its finances are not sound. But that it has been cavalier in its conduct taking unacceptable risks with the interests of its depositors and shareholders.

It has not so much as been swamped by disaster as it has courted it dangerously. In today’s fragile and febrile banking world that is as terminal as the disaster itself.

It has done so because of unacceptable political intervention.

At least some of it is documented and the common factor is the Prince of Darkness himself, Keith Schembri. The man no prime minister — never mind a bank or a banking regulator — can say no to.

The Council of Europe said this week it could not understand how Keith Schembri was still in power after all that has been found out about him. This might help explain it.