You need to get to the source 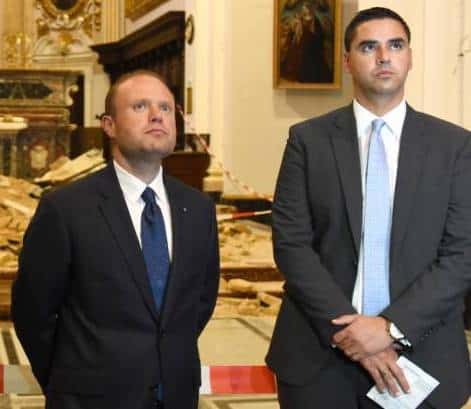 Environment NGOs were pressing yesterday for Elizabeth Ellul’s resignation from the Planning Board. Things came to a head when the ruins of a room were approved by the Board she’s part of, for conversion into a sprawling villa out on a cliff-face in Qala.

Elizabeth Ellul expected everyone to ignore her proximity to the developer, Joseph Portelli, and now blames planning policies which she in part wrote rather than owning up to her decision to grant one of the most symbolically and outrageously corrupt permits to erect, right there on the Qala cliff-face a monument to the sack of Malta and Gozo underway since 2013. A monument, of course, which Joseph Portelli can use to cool his testicles in his outdoor pool.

And please cut the crap about Joe Portelli magnanimously deciding to forego his right to build a villa in the Qala countryside. The permit will be his for years to come and without needing to tell anyone, when the rest of us looking away at some other monstrous scandal, his builders can creep on the site at any time and do their bit of legally sanctioned environmental devastation in peace and quiet.

Focusing this on Elizabeth Ellul is so short-sighted and so limited that it invites the government to get rid of her, tell the world they have addressed their complaints, and replace her with another crony willing to do their corrupt bidding.

Consider the case of Alfred Pule. He too voted for the Joe Portelli development in Qala. He too is a member of the Planning Board. And he too has a manifest conflict of interest that he wished the rest of us never noticed.

Alfred Pule was appointed to the Planning Board just last month. He was handpicked by Minister Ian Borg to replace Matthew Pace. You will recall Matthew Pace resigned the Planning Board because of his conflict of interest between his agency – Remax – selling apartments for the DB Group even as he voted to approve the development of those apartments.

That conflict of interest had been known for months. I wrote about it in July 2018. But it was ignored until the decision was taken and was then struck down by the court almost a year late in June 2019. At that point Joseph Muscat and Ian Borg needed to look like they were doing something so they pushed Matthew Pace out.

They replaced him with Alfred Pule.

Alfred Pule came to some prominence in 2016 when he wrote in the newspapers to contradict Lija residents complaining about the development of a huge apartment block in a residential street of that quaint little village. Residents were up in arms saying that a taller, bigger fuck-off block of apartments utterly bereft of any character or architecture worthy of that term would spoil the picturesque village core of Lija.

Alfred Pule disagreed. He said the block of apartments was going to be built across from his street and he didn’t have a problem with it. All other complainants lived further away so if he was ok with the development, they should shut the fuck up. In one case he wrote to bash a Mr Robin Zammit saying he lived too far from the development to have any reason to complain.

It eventually turned out that Mr Zammit is Mr Pule’s next door neighbour. You would think this was a silly squabble between bad neighbours.

But out came the Mayor of Lija, Magda Magri Naudi who in a letter to The Malta Independent in July 2016 helped us make sense of what was going on.

Mr Pule did not only live across the street from this proposed monstrosity in the middle of Lija. He owned the land on which it was going to be built. He neglected to say that in his letters. If he did we might have understood why he was the only resident of that street to think a dystopian concrete prison plonked in the midst of two storey terraced houses was not such a terrible idea.

But it doesn’t end there. Alfred Pule owned the land but he was not the one developing the site. A developer took the task and I know by now you’ve guessed who that developer is: none other than Joseph Portelli.

Sources tell this website Joseph Portelli purchased the land from Mr Pule for a price which was paid in part in cash and the remainder promised as apartments in the block being developed by Joseph Portelli.

That means that Alfred Pule and Joseph Portelli are business partners.

Within days of his appointment to the Planning Board, according to Ian Borg in this interview with Lovin Malta, to make up for the disrepute Matthew Pace had brought to the Planning Authority, Alfred Pule is faced with a rotten, corrupt, environmentally devastating planning application by his business partner and he goes ahead and approves it.

You’d have to ask how Alfred Pule got his post in the Planning Board. Apparently, his daughter is close buddies with Ian Borg’s wife. Because that’s how appointments are made in this country.

When they bother to make them. For months institutions that are supposed to be independent of government have been left leaderless to give the government and their cronies unfettered power over us.

The lesson here should be that asking for the resignation of Elizabeth Ellul, or even Alfred Pule, is frankly a waste of time. The government has an infinite supply of compromised or wilful executioners to fill up positions and serve as extensions of minister’s corrupt desires.

The real problem here is the government itself, not its appointees. Ministers must assume responsibility for the appointments they make because they make those appointments freely and callously. And we suffer the consequences of those choices every time.

It is those corrupt appointments that give us the Pembroke tower and the Qala cliff-top villa.

It is Ian Borg and Joseph Muscat who made those choices. Environmental NGOs should be demanding their dismissal.