Of course it’s our business 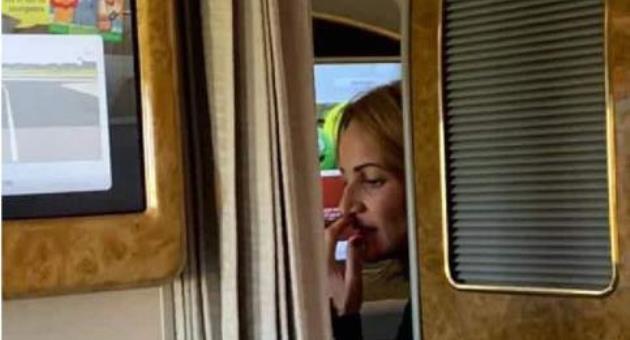 Joseph Muscat is looking forward to being left the fuck alone. He fully expects to become “a private person” after he retires graduating from the current bother of even having to dodge annoying questions. The questions should no longer be coming his way.

There was some of that expectation in his response to questions today about his inordinately and inexplicably expensive trip to Dubai.

Our culture is particularly awkward about money questions. I used to be married to a woman who grew up in East Germany. In their culture it’s not considered invasive to ask someone at a dinner party how much they earn after you’ve made some small talk and asked them what they do for a living. In our context, siblings will typically avoid going into too much detail about their personal financial affairs.

As always Joseph Muscat chooses his dodgy answers in a way that gives space to this supporters to take up a line in his defence they feel they can stick to. As ever the line of defence is irrelevant and serves merely as a fallacious parry. But on Facebook and on One TV it serves the purpose.

You know the type. You complain there hasn’t been justice for Daphne? Where were you when Karin Grech was killed? You complain Joseph Muscat accepted a gift of a wrist watch off Yorgen Fenech? Did you complain when Tonio Fenech accepted a wall-mounted clock?

Andrew Borg-Cardona in a guest post earlier today addresses just this point in some detail so I don’t need to say more on this here.

That’s about being held to a higher standard of propriety because of public office. But it’s also because of the practical risk of corruption. So it’s not just about prime ministers. If a judge was in that First Class cabin with her husband and children on her way to Dubai for a 72 hour jaunt it would be perfectly legitimate to ask the same questions. It would be our business because we pay judges (poorly) to act impartially and if they’re spending more than we’re paying them, something’s off.

Same goes for some planning authority board member, a head of some government department that issues licences or trading permits, an immigration officer that takes decisions on visas, a police officer whose job it is to arrest drug lords and destroy their goods, and so on.

How much they can and how much they do spend is not just their business. It’s our business because they work for us and if they’re earning money from the people we’re paying them to keep in check (from drug lords to building contractors) then as a country we’re being outbid by the crooks we’re sending these people to go after.

But the example of the judge takes me to the next level of response to the prime minister’s ‘none of your business’ that perhaps is less obvious but which should have a general application, not just reserved for holders of public office. A judge was once charged with corruption while in office. The police were tipped off first by mistakes the judge made in concealing his lifestyle which was — to the eyes of an honest and sharp cop — beyond his means. That judge committed suicide before the case could go to trial.

Another judge convicted of bribery was asked what he did with the bag of cash he got from a drug lord who was hoping to convince him to reduce his prison sentence on appeal. He said he wanted to get rid of the money quick so he used it all in an expensive gift for his wife, jewellery he’d never otherwise have been able to afford.

I’m still talking about judges, and therefore holders of public office. But what I’m talking about here applies to everyone: when someone spends more than they earn, and sustains a lifestyle beyond their means for a considerable amount of time, the inference is not that they’re financially irresponsible. Nor is the inference that they’re ‘wise guys’ and somehow manage to live the good life in spite of their modest earning. And most definitely the inference is not that how they live their lives is their business alone.

People with wealth they cannot explain must be criminals. The crimes that are paying for their excess wealth can vary and some of those crimes can be the sort that a corrupt culture like ours would look kindly on. People can have unexplained wealth because they are involved in drug trafficking, in slavery and prostitution, in smuggling, but even in financial fraud, tax evasion, bribery and corruption.

One thing is certain. If you have money you cannot properly explain the provenance of, you have done something wrong. That ‘something’ needs to be proven separately no doubt. But unexplained wealth should in and of itself be considered a crime.

If you’re smart enough to avoid justice for a while — maybe, you’d like to think for ever — for running a drug empire under the benches of your chains of mediocre bars and restaurants, or for laundering bribery money in retail outlets that spend on stock but cash no sales, you should still not be allowed to enjoy the proceeds of your crimes.

Some countries have made unexplained wealth a punishable offence. Money you can’t explain is taken away from you. If you can’t show how you got it, it must mean you should not have it.

Back to Joseph Muscat’s ‘none of your business’.

Firstly then, he’s been head of the most corrupt government in history. He’s been forced to resign because of a corruption scandal that he’s been trying to put a lid on for three and a half years. This has been a month of sickening revelations of people attempting or managing to bribe Joseph Muscat with mind-blowingly extravagant gifts. He is widely suspect of being at the head of a corrupt conspiracy. And he’s been openly accused of actually travelling to Dubai (and then to London) to make arrangements to continue to enjoy ill-begotten gains. So yes, in that context how he paid for his Dubai trip is very much our business.

But secondly, it does not matter how private someone is. If their lifestyle is more than they are known to earn, it is perfectly legitimate to ask them how they’re paying for it. Joseph Muscat has had his savings account untouched for all the time he’s been in office. His salary as prime minister (even more absurdly poor than that of judges) would struggle to pay for Economy Class tickets to Dubai for him and his family. Business Class tickets on the eve of him losing the only income of his household (as his wife does not work) would be irresponsible. First Class tickets are beyond mad. They’re suspiciously criminal.

And we should have laws that empower our authorities to step right up to Joseph Muscat and do more than the indomitable Jacob Borg could ever do.

‘None of our business you say? Why don’t you come with us to the police station so you can tell us why you think that? You have a right to an attorney. You have the right to remain silent. Everything you say may and will be used against you in a court of law.’

Previous:Beyond the basics
Next:If Muscat knows who else got expensive watches and is keeping it secret, add another crime to his indictment