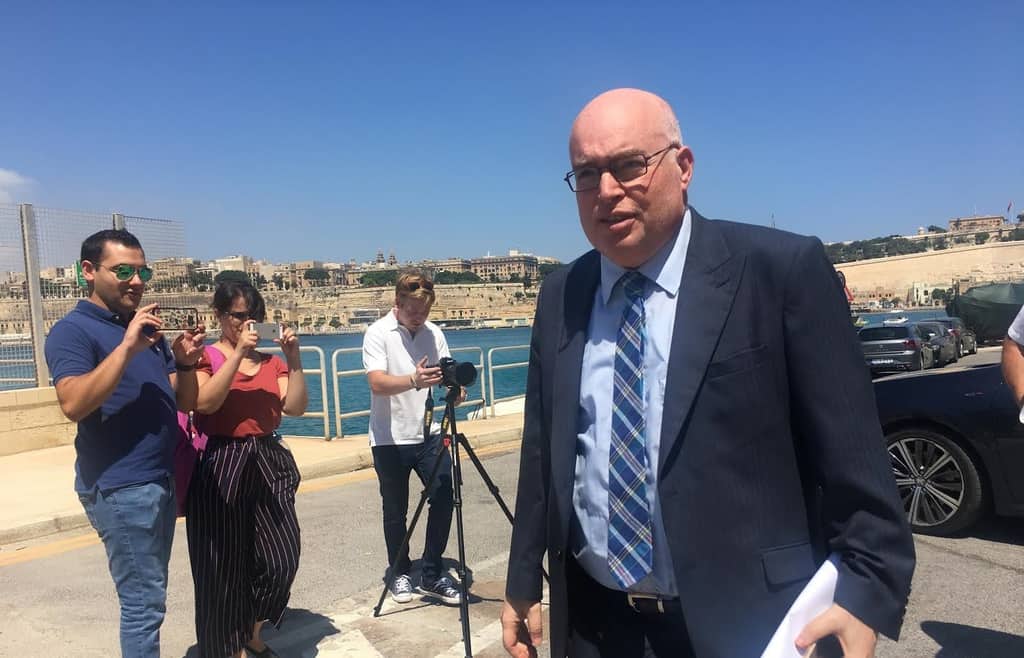 Murder investigations rarely have eye-witnesses. In investigative terms those are the easy ones. Most people commit a crime – a pre-meditated, pre-planned crime – with an effort to cover their tracks. They make sure nobody sees them. They make sure they’re not caught.

The tough job is proving a crime when no one saw it happen.

When those 12 people died, there were almost 60 surviving migrants who saw what had happened to them. The magistrate made no effort to interview them.

Then there was the separate incident on the boat that had the motor cable cut off. There were plenty of witnesses that were interviewed in that case because the migrants on that boat were brought into Malta. But except for one case, what the witnesses said is not recorded. All they said is instead dismissed on the grounds of credibility though there is nothing in the report which justifies the presumption that 60 people who looked death in the face in the middle of the ocean would all be lying. Dr. Lennox Vella, the “expert” only found relevance in a single line of testimony from a single migrant. This out of 30 hours of depositions by 66 migrants. The average time for each deposition was of around 15 minutes, including interpretation.

The magistrate also dismissed as a fishing expedition the arguments of lawyers appearing for Repubblika that he should be looking at evidence that in a separate incident that same week the army pushed migrants out of Malta’s territorial waters and aimed them towards Sicily. It would have been even harder for the magistrate to claim that Malta honoured its international obligations in that case. It hadn’t.

The magistrate considered that incident as outside the scope because news of it emerged after Repubblika filed its reports. Perhaps. But certainly, the facts of that incident inform what the army was trying to do in the cable-cutting incident. Malta’s army was clearly under instructions to push migrants out: to Libya or to Italy.

The magistrate looked away.

The testimony of the migrants brought in to Malta has, according to the inquiry report, been collected. But it has been discarded. Worse, it has been suppressed. It is neither possible nor fair to attribute motivations for the magistrate’s decision to do this. But if there was ever any thought that this inquiry would be published, leaving these testimonies out was the surest way for us never to be able to read what happened from the point of view of the victims of the crimes that have been alleged.

It’s not just that black lives do not matter. It’s that black people are incapable of understanding the truth and as such their testimony is not to be relied upon.

A magistrate is expected to have conclusions and recommendations to his report but an inquiry is not a judgment. It is a collation of evidence. The report is served to the attorney general who is expected to decide whether to take the matter further on the basis of the evidence collated.

Some very important evidence was missing from this procès-verbal.

One path the AG can choose is to ask the magistrate to fill in gaps he left in the evidence and to ask questions he left unasked. Perhaps Peter Grech might consider sending the procès-verbal back to Joe Mifsud and ask him to include this missing evidence. The unlawful killing of 12 people has been alleged. The state now claims it has satisfactorily investigated that. And eye witnesses have been ignored.

Soon, the assessment of the magistrate’s conclusions.