Which other bits was Keith Schembri lying about?

Most of us can say with some certainty where they were the moment they heard Daphne Caruana Galizia was killed. They remember how they found out, who they were with, what they did right away.

Many of us were deeply affected by the news. You would expect Keith Schembri to be affected and to have a clear memory of the moment. You would expect him to recall that memory clearly if he is to testify about it in court, given that the investigating police officer had just told the court he was a person of interest in the crime. 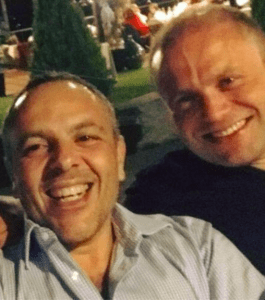 Keith Schembri told the court he was with Joseph Muscat at their office in Valletta when they heard from the hospital CEO that a bomb had exploded in Burmarrad. Keith Schembri explains Joseph Muscat’s concern because his father stores chemicals for pyrotechnics in Burmarrad. He says he watched the prime minister call his father to make sure he was ok. And then he says clearer information came in that the bomb had been in Bidnija.

He described how immediately he called the American chargé d’affaires to ask for help with the investigation. Former police chief Lawrence Cutajar said Keith Schembri did not do that, so someone had already stepped in to say Keith Schembri was not saying the truth.

Until this morning we heard of video evidence presented to the independent inquiry into the killing of Daphne Caruana Galizia that at the time of the explosion Joseph Muscat was not in Valletta at all. He was touring a software company somewhere else altogether. And Keith Schembri was nowhere near him. The video is time-stamped which places Joseph Muscat in the software company at the time and for several minutes after the explosion.

There is no physical way Keith Schembri’s recollections can be right.

If he spun himself this yarn, he did it as some form of character testimony to let us all know how shocked he was when the news of the bombing happened and how his first instinct was to call for help and bring in the FBI.

If he lied about this, what else did he lie about?