A thousand days ago today Daphne Caruana Galizia was killed by car bomb just outside her Bidnija home. A formidable journalist trusted by sources who risked much to help her do her work and followed by thousands of people in a country that depended on her to know what its government was doing. She published story after story of scandal after scandal. Her investigations were combined with biting commentary, unparalleled analysis, hilariously tragic satire and a distinctive writing style of a quality unequalled in the country.

In her life she was recognised as one of the most influential Europeans. She collaborated with leading journalists who turned to her for an understanding of crime and corruption in Malta.

She spent the last years of her life unpicking and exposing the criminal conspiracy that took charge of Malta’s institutions in a loud coup of popular acclamation. But significantly she alone recognised the signs when the conspiracy was being erected, disguised as democratic campaigning and governing. Her criticism of the leadership of the Labour Party in the months leading to the 2013 election was dismissed as nostalgic loyalty to the Nationalist Party which she was wrongfully accused of serving.

But her assessment of a new breed of Labour Party politicians who stepped into politics in order to get rich quick proved entirely accurate.

The last major story of her life was the election of the new Nationalist Party leader. Once again her predictions about the devastating consequences of that election proved devastatingly precise. At the time she wrote them, however, she was again dismissed as an exaggerator driven by spite.

Daphne Caruana Galizia has been dead a thousand days. And yet her work, her writings and the impact of her investigations have been the underlying and determining ingredient of events in Malta and beyond every day since her killing.

Her life and its untimely interruption crushed the mould of Maltese politics presenting a real challenge to a political system which depends on the self-serving generosity of people in business and, worse yet, criminals who exploit their proximity to politicians to rule with impunity.

In her life she made people aware of what was being done to their country behind their backs. When Daphne died she inspired people to rise up and reclaim their country. She imparted the lesson that the reward of political resistance is not the next election: it is a future in which the bad guys do not always win.

For herself she earned a violent death and the heritage of the pain of her loss for her husband, her sons, her parents, her sisters, her nieces, her friends, her admirers, her readers and her colleagues. For the people of her country she earned the right to fight back the crooks that stole their future from them, the pride and the self-respect we need to insist that we are not all criminals, the hope that not giving up might be enough to help us get out of bed tomorrow and fight another day.

She saw before anyone the reasons to despair and yet, until her dying hour, she used the power of the only weapon she had – her keyboard – to overcome despair and breathe the will to live on for the sake of our children. 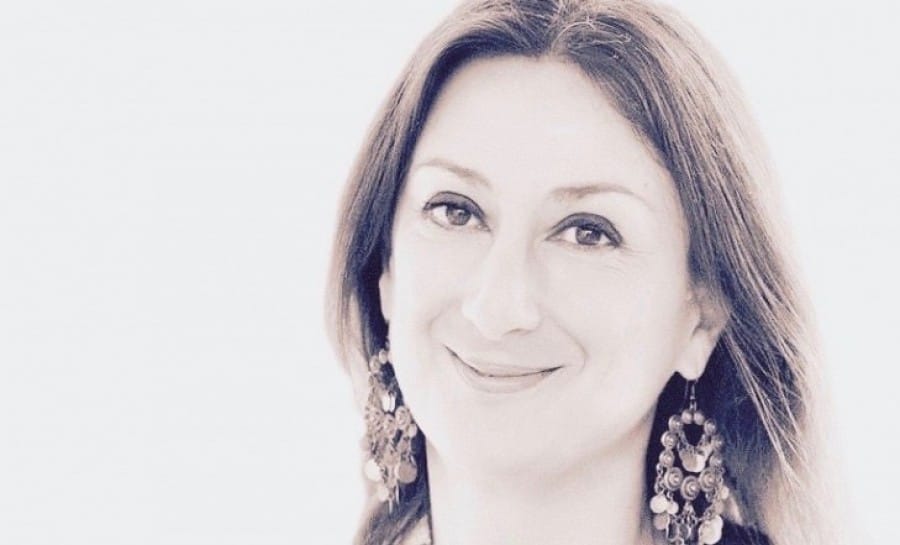