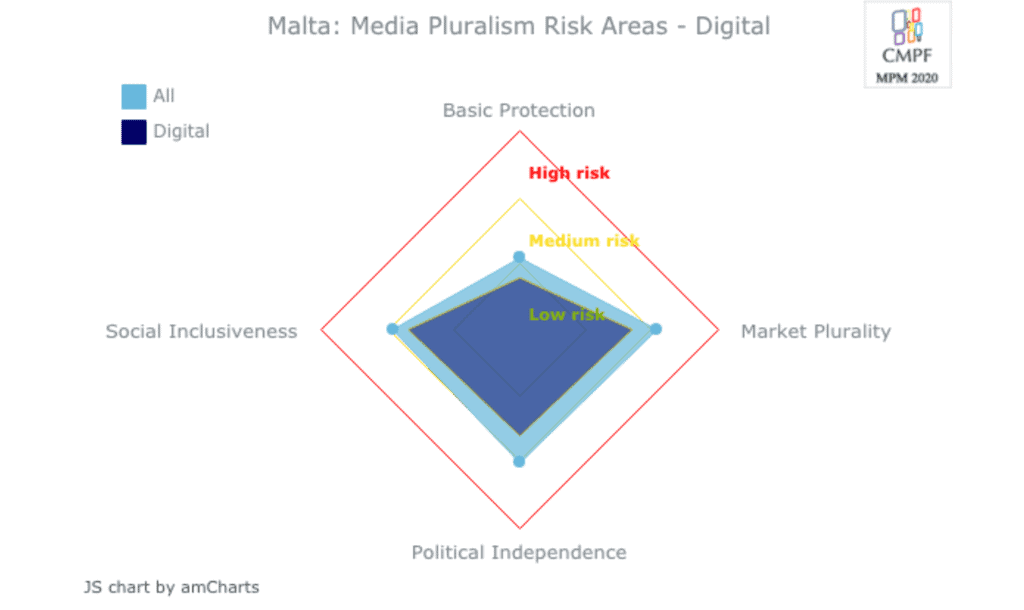 Pluralism in Malta’s media was at ‘high risk’ in terms of market plurality and political independence. There’s also a ‘medium risk’ for social inclusiveness and basic protections of media plurality. The findings were reported today in an Europe-wide study on plurality in the media conducted by the Centre for Media Pluralism and Media Freedom co-funded by the European Union.

The report found high risks in Malta in the areas of political independence of the media, independence of public service governance and funding, editorial autonomy, news media concentration, online platforms concentration and competition enforcement, commercial and owner influence over editorial content, access to media for minorities, for people with disabilities and for women.

At the heart of the problem is the fact that “the two main political parties openly operate two of the largest media groups. This has a negative impact on editorial autonomy since it follows that ownership has a direct and vested interest in editorial direction. Additionally, transparent data on revenues is not publicly available, and only general information, as required by national company law may be accessed.”

The report also found that “in spite of the fact that migration is one of the main issues dominating public as well as political debate, it is of concern that access to the media for minorities is nor addressed, neither implemented, and research in this area is practically inexistent. Added to this, is the lack of equal representation of women, both in terms of participation and visibility, as well as experts in current affairs content, and of persons with disabilities.”

The report found that Malta does not have a comprehensive media policy.

“The two main political parties represented in the House of Representatives own, control and manage their own media enterprises. Furthermore, the ex-Prime Minister’s (Joseph Muscat) Chief of Staff, Keith Schembri, had commercial outlets (Kasco Group of Companies) that supplied local media houses with, for example, newsprint. As revealed by Daphne Caruana Galizia in 2017, Schembri also had a business relationship with the ex-Times of Malta General Manager, Adrian Hillman, who resigned from his post following the revelations of his business connection with Schembri, and after an internal inquiry was conducted by The Times of Malta, which was never published.”

The report also refers to electronic media outlets including this website: “Over the past two years there have been reports of DDOS attacks on independent media , particularly on platforms like The Shift News and Truth Be Told, as well as the occasional blocking of particular stories on the Times of Malta. The DDOS attacks in particular were substantial and aimed at blocking their content and rendering the sites unavailable, sometimes for days.”

The report concludes by reiterating a recommendation in an earlier, 2018 version of the study: “The recommendation of 2018, for different stakeholders to come together so as to formulate a strong and comprehensive way forward for the media in Malta still stands.”

The country report on Malta was authored by Louiselle Vassallo from the University of Malta.

The full report, including the findings from all other EU member states is available here. 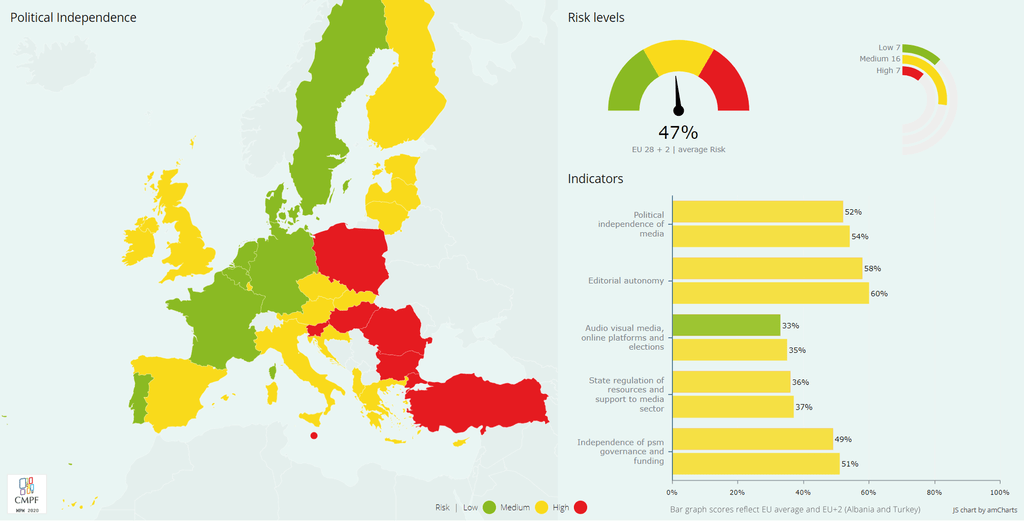