That’s before the 17 Black revelations mind you. This completely bonkers tu quoque is supposed to neutralise the disgusting behaviour of Adrian Delia who kept up a flirty WhatsApp relationship with Yorgen Fenech after it had been established that Yorgen Fenech bribed politicians on an industrial scale.

Jason Azzopardi has been a vital character in the search for truth about corruption the last three years. Adrian Delia has been a central figure in its covering up. 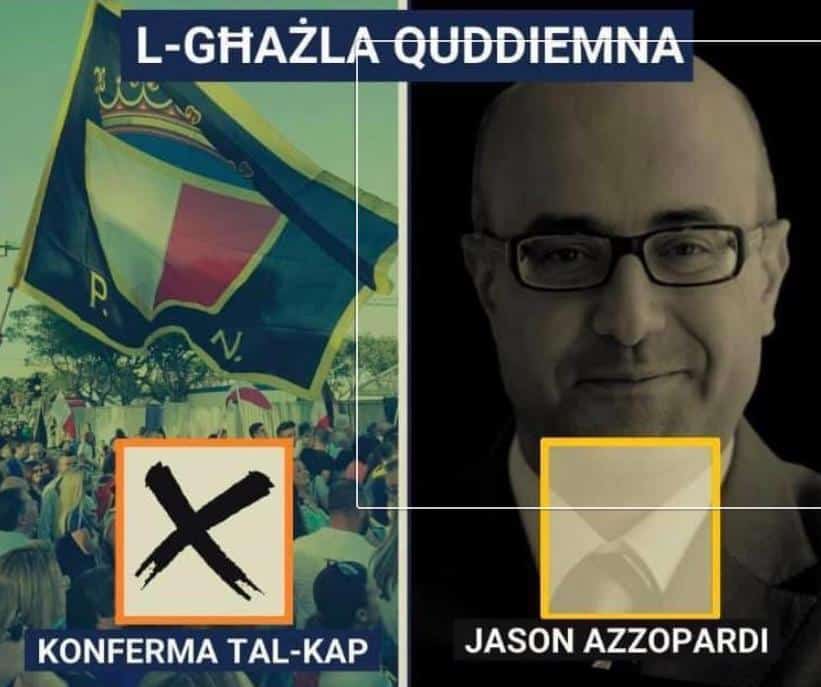 So much is wrong with it. Jason Azzopardi is, to my knowledge, not contesting any election. And the choice on the left – a Nationalist Party gathering with thousands of people – is something which was fairly commonplace until Adrian Delia came on the scene. Since he came, it became an impossibility.