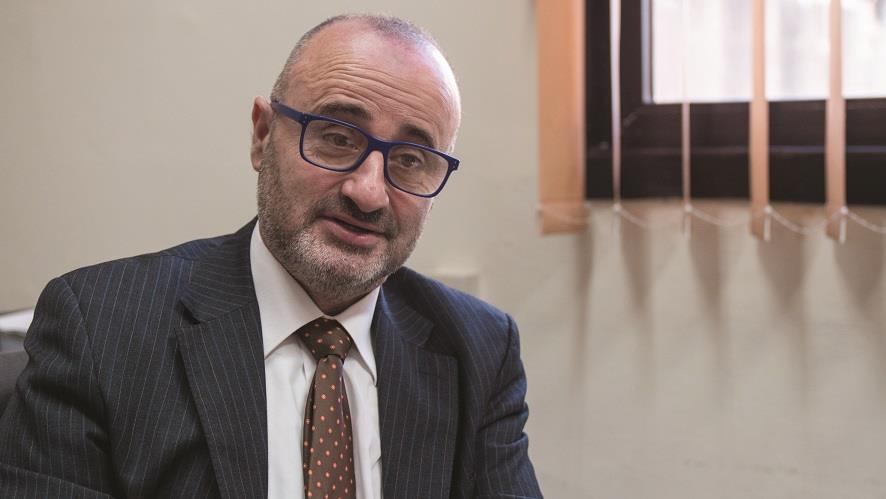 Then there’s Edwin Vassallo’s brother in religious arms Simon Mercieca whose Facebook campaigning has become ever more deranged. Here he is referring to an archaic definition of the label ultramontane to say I was accusing him of supporting the Pope, which he said was an insult he was proud to receive because he loves Pope Francis so much. 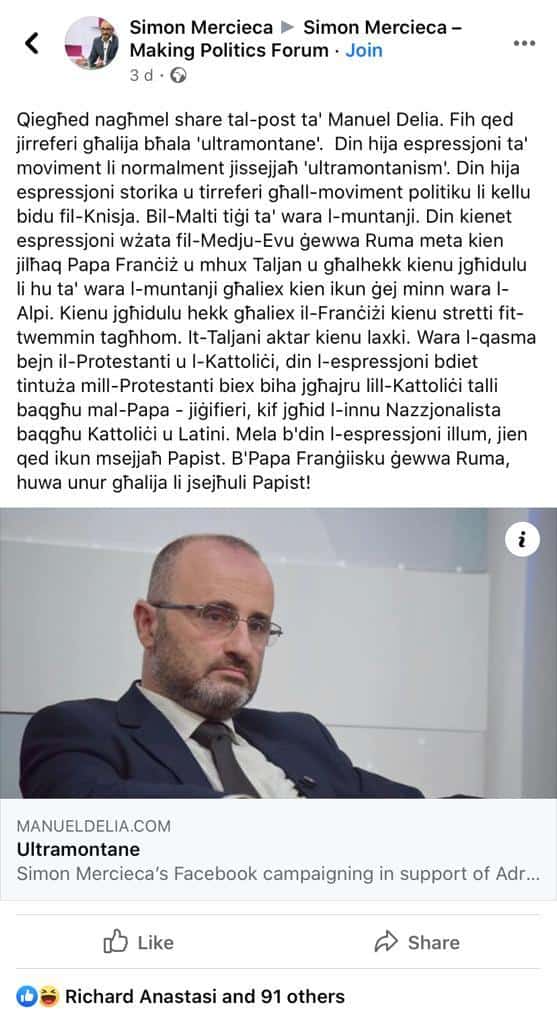 Words change meaning over time. Four hundred years ago calling a woman “nice” was a bit like calling them a “slag” in this century.

Ultramontane has since changed its meaning to include recalcitrant extremists in politics like Simon Mercieca irrespective of their attitude to papal supremacy. But since he brought Pope Francis into the debate, perhaps Simon Mercieca can explain why he isn’t following his spiritual leader and campaigning to open Europe’s borders to migrants escaping from Libya and to treat those who arrive humanely and as equal human beings with equal rights. I think Pope Francis will find that I’m the one on his side there, while Simon Mercieca cavorts on TV with professional neo-Nazis like David Muscat.