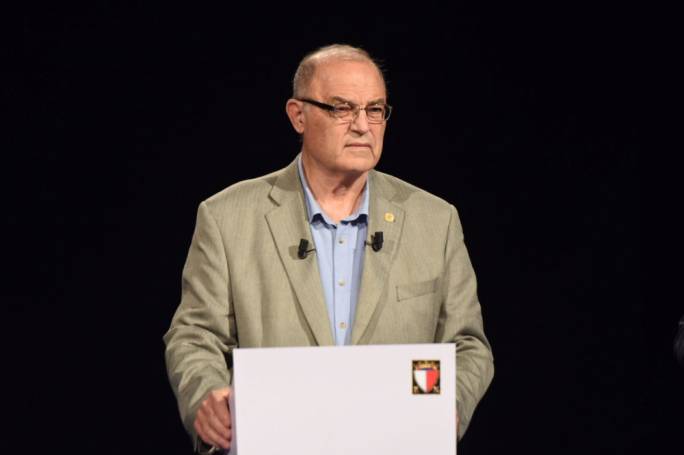 Then there’s Frank Portelli who has been campaigning for Adrian Delia since the day he himself was a candidate for the post. He’s the one who gestured on TV by throwing a piece of paper to the floor saying that represented Daphne Caruana Galizia which he said would be dumped on the rubbish heap of history. Daphne Caruana Galizia was killed while Frank Portelli’s life extends into a perpetual fire of irrelevance.

There is freemasonry at play in this country but it’s hardly interested in removing Adrian Delia. In the background of all the impunity, all the crimes, all the murders, all the suicides, all the corruption there are clearly secret alliances, promises, commitments and associations. Some might call it freemasonry.

But the campaign to replace Adrian Delia as leader of the PN is transparently motivated and being carried out transparently as well. It is made of confidence motions that were conducted freely and according to procedure. As is the ballot coming up this weekend. Freemasonry doesn’t ask for secret ballots. Freemasonry hangs noose outside the court building.

So, unless Frank Portelli is, before anything happens, accusing a majority of general council members (that still has to materialise) of being associated in freemasonry, he’s talking, as he often does, out of his shrivelled, hairy arse.