Guest Verses: Sing a song of rather more than six pence

Today’s Malta in yesterday’s nursery rhymes. Sent in by someone known to me. 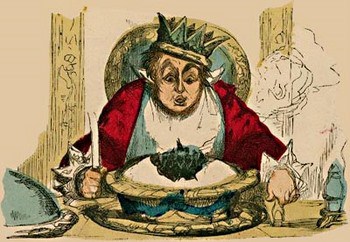 Sing a song of million pence,
A pocket full of bribes,
Many black “jail” birds
Baked in a pie.

When the inquiry pie was opened
The birds began to sink—
Wasn’t that a dainty dish
To set before the Kink?

The kink was in his Dubai house
Counting out his money,
The Queen was in Francia
Eating marigolds and deals with honey,

The Knaves, Konrad and Keith, were in the garden
not answering their calls.
But down came a big black bird
and pecked off their….