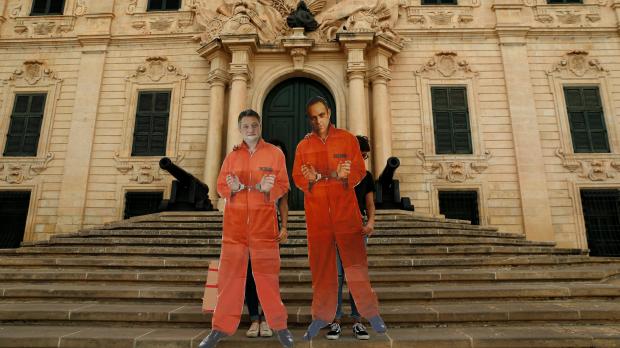 Lovin Malta is reporting that Keith Schembri and Konrad Mizzi are no longer under police bail. The police will not confirm it because they say the law prevents them from discussing individuals who have not yet been charged.

Other countries have a register of people who are under investigation. The register is public and once one is listed in that register, there are two possible outcomes: one is either cleared by the police or charged.

There is a serious problem here. Keith Schembri and Konrad Mizzi are not ordinary Joes. And the implications of their wrongdoing are intimately connected to the killing of Daphne Caruana Galizia. Keeping the police’s intentions in their regard as some form of national secret is the best way to ensure we lose any confidence we may have that the institutions are working for us rather than covering up for the crooks.

The double irony is that while Konrad Mizzi was on police bail he was given a pretext to refuse to answer questions by the Daphne inquiry. Famously, Keith Schembri also refused to testify in a libel suit he had filed in the first place, because he had been accused of being corrupt. That refusal too was based on the plea to his right not to incriminate himself, though that was before the police had ever even looked at him dimly.

Seen from out here it can very well be that all that drama with early morning and middle of the night arrests, Bolt delivery motorcycles brought to police cells, and dramatic orders of police bail, were intended as cloud cover, a smoke screen to help these bastards sit out the heat of the inquiry.

Here we are, five years after the Panama Papers leak, still the only country in the world not to have pressed any charges against politicians those documents exposed. And here is where, it seems, we’re going to stay.

In the meantime a journalist was killed. And in the meantime her killers, the ones we know about, are reaching timeframes were their claim for an entitlement of release from detention may start sounding a little less absurd.

In spite of all the flashy arrests of Daphne’s assassins six weeks after she was killed, a date for their trial has not been set yet. No one has faced a jury for her killing after so long.

Alfred Degiorgio is receiving compensation from the state because prosecutors failed to present evidence against him in crimes he was accused of earlier in his illustrious and bloody career.

This is turning out to be a system. Honest citizens exposed to the danger of criminals running loose and on the odd occasion one of those criminals gets to face some legal inconvenience we have to compensate them because their rights have been breached.

Angelo Gafà has promised little when he became police chief. And he’s delivered none of it. We’re right where we were with Lawrence Cutajar. Worse. Because Lawrence Cutajar wasn’t just an accomodating puppet of the regime. He also looked like he was. Angelo Gafà projects this look of Harry Callahan out to bag wrongdoers whatever it takes, deceiving us all that he’s anything but a more credible puppet.

It is never too late for the police to fix this. But saying that numbs us with false hope, a misguided expectation that patience can reward the waiting. It is time once again to see things as they truly are: justice is not going to be served if we simply wait for it.

And Robert Abela and his cronies are growing a conviction that we have stopped demanding it.

Previous:Adrian Delia doesn’t want a job. He should eff right off then.
Next:Broad churches