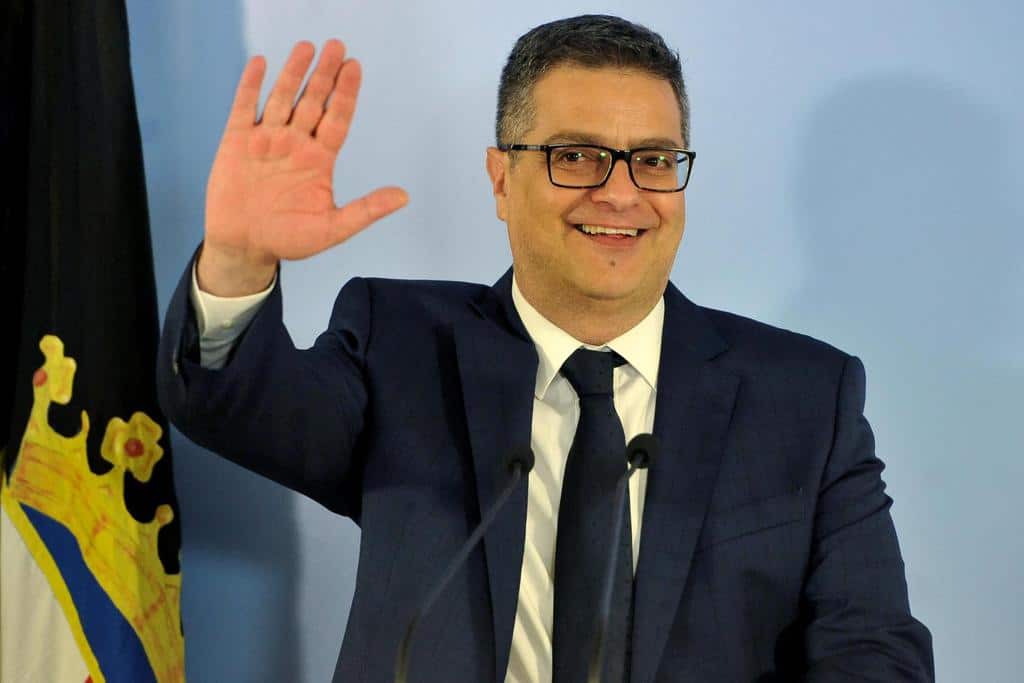 The PN said today that its former leader Adrian Delia has refused a job in Bernard Grech’s new shadow cabinet. No doubt Adrian Delia will write some poem to give us his reasons.

Whatever his official story will be, the man who was never elected to parliament by any vote is sitting on an opposition seat refusing to do any opposing. The job of shadowing the government was already beneath his dignity when he was the leader of the opposition. He spent most of his time fawning over Joseph Muscat in pathetic displays of sycophancy and that’s when he was sober enough to do that much.

Now he wants to enjoy the applause of his own homegrown brood of thuggish sycophants which he carries around him where he goes like a petty local PRC tyrant.

Some people responded to criticism of the recent chain of resignations of Edward Scicluna and Gavin Gulia to allow Robert Abela to handpick an MP in defiance of the preferences expressed by the electorate by pointing out that is how Adrian Delia got his way to Parliament. Did you hear me say that was a good thing?

Then, some compared this recent co-option orchestrated by Robert Abela with other co-options such as the most recent one of Gozitan MP Kevin Cutajar. Again, incomparable. Indeed Kevin Cutajar is the case that proves the point that when parties use co-options to defy electoral will, they act against democracy. The whole issue with Kevin Cutajar’s co-option was that Adrian Delia had hand-picked someone else for a seat that had been vacated in defiance of the electoral will of the district from which the seat had been vacated. Kevin Cutajar was his constituent’s choice. The PN merely ratified it. As it should have.

The whole point of this? Adrian Delia is already occupying a Parliamentary seat no one voted him into. Now he’s officially occupying it to do nothing, refusing to work. He’s downed his tools if ever they had been up to anything useful, expecting the admittedly modest compensation to continue to go his way.

He is, quite literally, a waste of space.

His party seems unable to do anything about that. It will be up to voters in whatever district he decides to inflict his unwelcome presence to tell him where it is he should go to, to continue to do nothing until his face gets to whatever colour faces get to when tinpot tyrants are starved of the sound of mindless idiots applauding them.