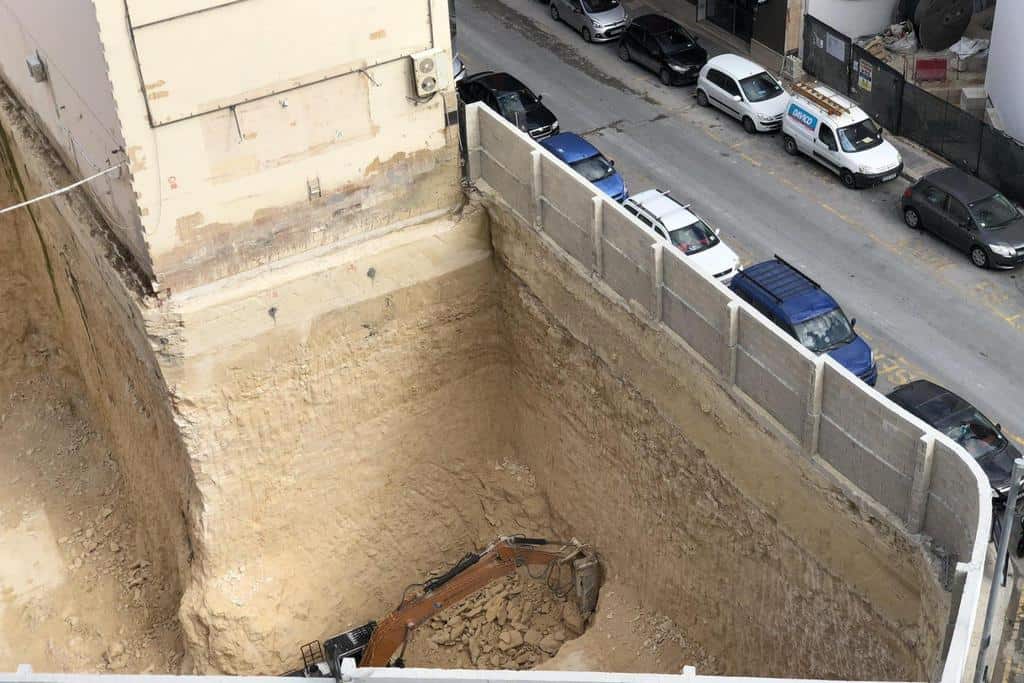 Since April 2020, Prime Minister Robert Abela has sat on an experts’ report that told him about practice in Malta’s construction industry that “is nothing short of playing Russian roulette with the lives of third parties”. This refers to the current practice of excavating flush with the party walls, creating a vertical face of rock beneath the foundations of existing buildings. This is done by cutting the rock flush with the party wall using a trencher or a track-mounter chainsaw, prior to its bulk removal by other means.

Legal experts that spoke to this website say the practice is illegal and is often given a veneer of respectability in notarial deeds convincing people they are powerless to stop these practices happening next door to their properties.

The Planning Authority also remains aloof. All permits it grants say that permission is given “saving third party rights”. But cutting rock right up to the party wall of the adjacent property is not merely a breach of third party rights which third parties alone will need to take action to protect. It should in principle be a breach of building safety rules directly enforceable by the authorities. 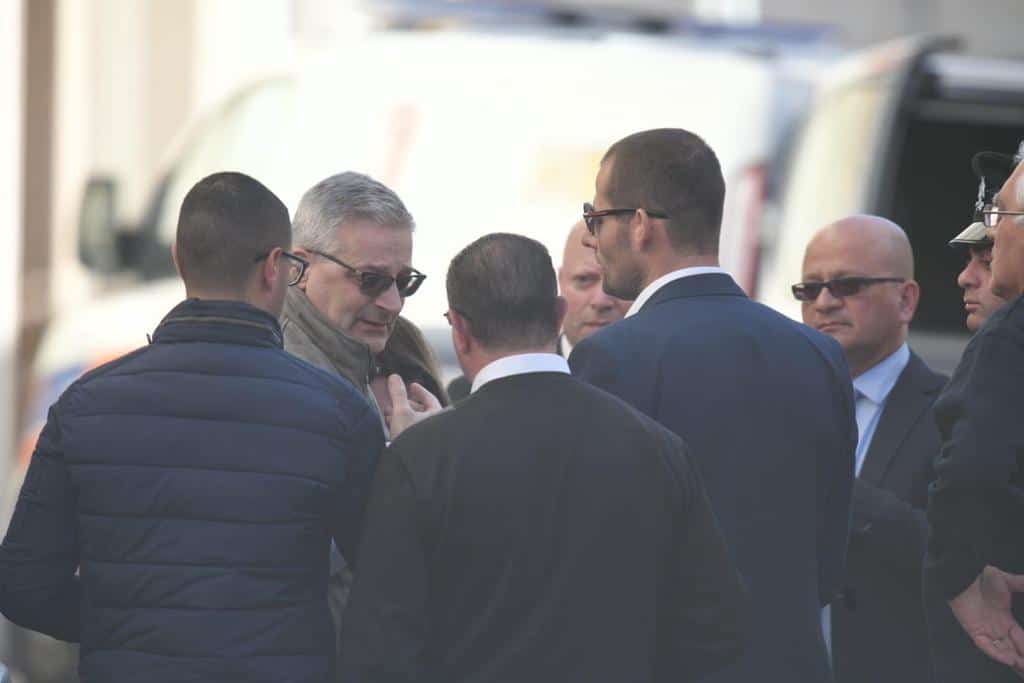 The experts’ report given to Prime Minister Robert Abela after Miriam Pace was killed when her house collapsed because of excavation works next door to her property says the practice “should be curtailed to put people’s minds at rest, without significant impact on the construction industry in general”.

This is an urgent public safety matter, indeed a Russian roulette with guns pointed at people living in houses next door to excavation projects. And yet the government failed to order the cessation of the practice. The danger remains there.

The experts’ report says that the practice of excavating flush with the party walls results in a significant weakening of the natural material supporting the building, irrespective of its nature (i.e. rock or soil) because lateral confinement is removed. The problem is exacerbated when the rock is fissured (‘bil-brajjem’, ‘qigħan’) or when it is very weak (‘turbazz’/’tafli’).

The experts say the local industry has, in recent years, engaged in a very dangerous activity, which is now a commonplace that few dare to question its rationale. 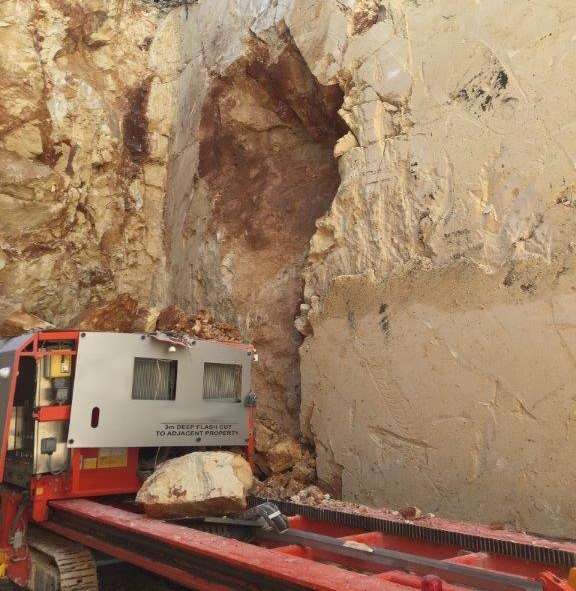 The report includes the above photograph that has been touched up to remove the advertising that identifies the contractor or the site. The photo shows how contractors advertise cutting “3 metres deep flush with adjacent property”. The photo also shows how dangerous the practice is, showing a collapsed rock face as a result of the cutting.

Cuts are often done under the pretext that these are necessary to isolate the neighbouring building from excessive vibration. However, the experts say, this is done at a time when it is not possible to identify the degree of fissuring in the rock, implying that this activity can significantly weaken the rock mass even before the actual bulk excavation has started.

If neighbours are lucky, their properties will have their foundations shifted, as a result, causing structural damage to their property. They will also lose the ability to consider building more floors because the foundations beneath their property would have been weakened. 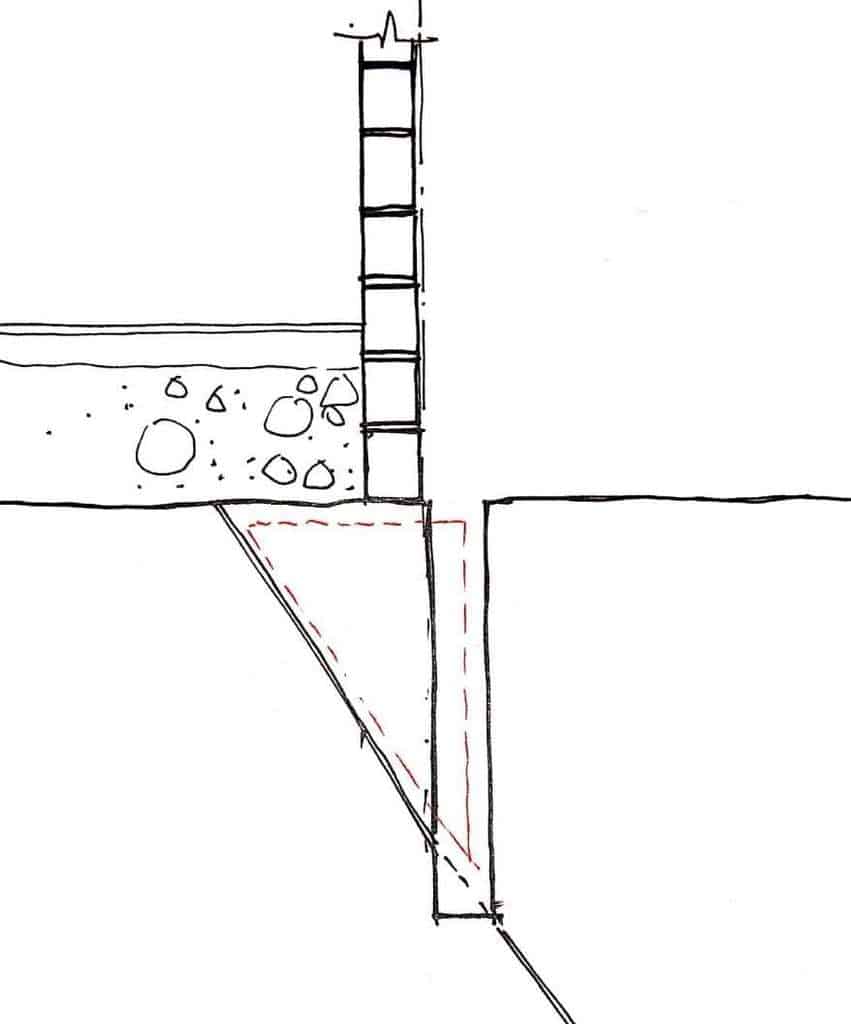 The Russian roulette reference though is that the practice can cause neighbouring properties to collapse killing anyone inside. As has happened in the case of Miriam Pace and others. In spite of this, the government has not ordered the termination of the practice and kept the report by the experts under wraps for several months until the freedom of information request by Repubblika forced the government to publish it.

Previous:Are you sure you don’t need anything?
Next:Your favourite Minister, live from Bangkok