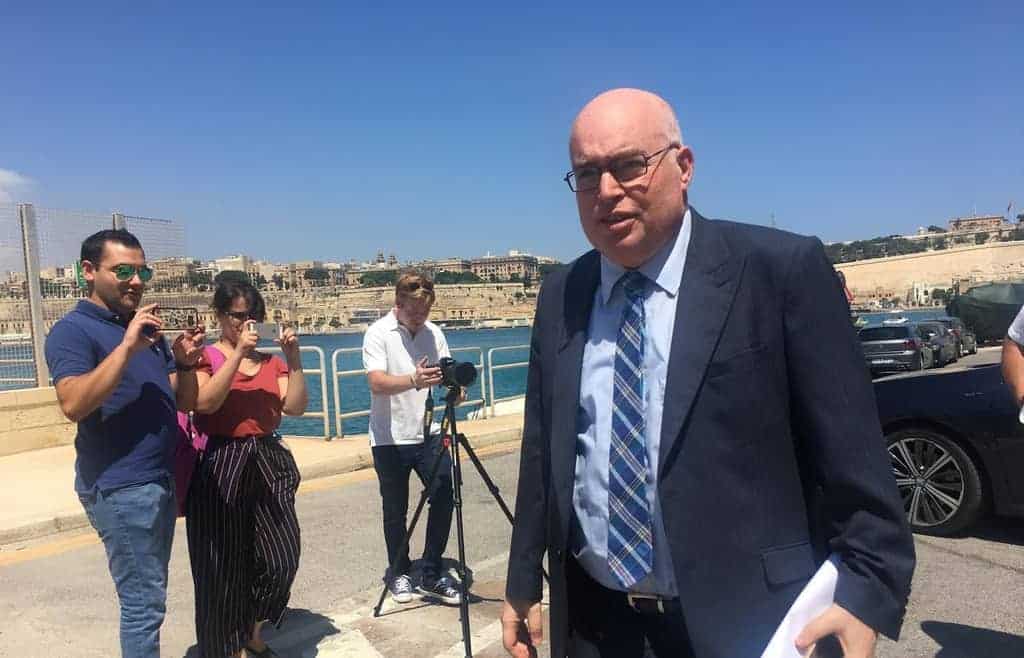 But before he recused himself he admitted Joseph and Michelle Muscat as parte civile in the case.

It said: “Are we kidding? If another magistrate is to be found to replace Joe Mifsud who is less embroiled in the matter and therefore capable of hearing and deciding on the case, shouldn’t that other magistrate be the appropriate magistrate deciding on Pawlu Lia’s request for the admission of the Muscats as parte civile in the case? …

“I can’t make up my mind if this is a procedural fluke, an idiotic decision or part of the general plan of harassment of witnesses against politicians by our scheming state. Perhaps the chief justice can find the time to choose between those three possibilities and act accordingly.”

The chief justice didn’t have to get into it. Another magistrate, Marseann Farrugia struck down Joe Mifsud’s earlier decision. She didn’t quite call it “idiotic” or “part of the general plan of harassment of witnesses against politicians by our scheming state. She said “With all due respect to the magistrate concerned, the procedure he chose to adopt ran counter [to the legal provisions]. Once the magistrate felt he needed to abstain, he could not decide on other acts of the case and, therefore, could not decide on the request filed by the Muscats.”

Remember. You read it here first.