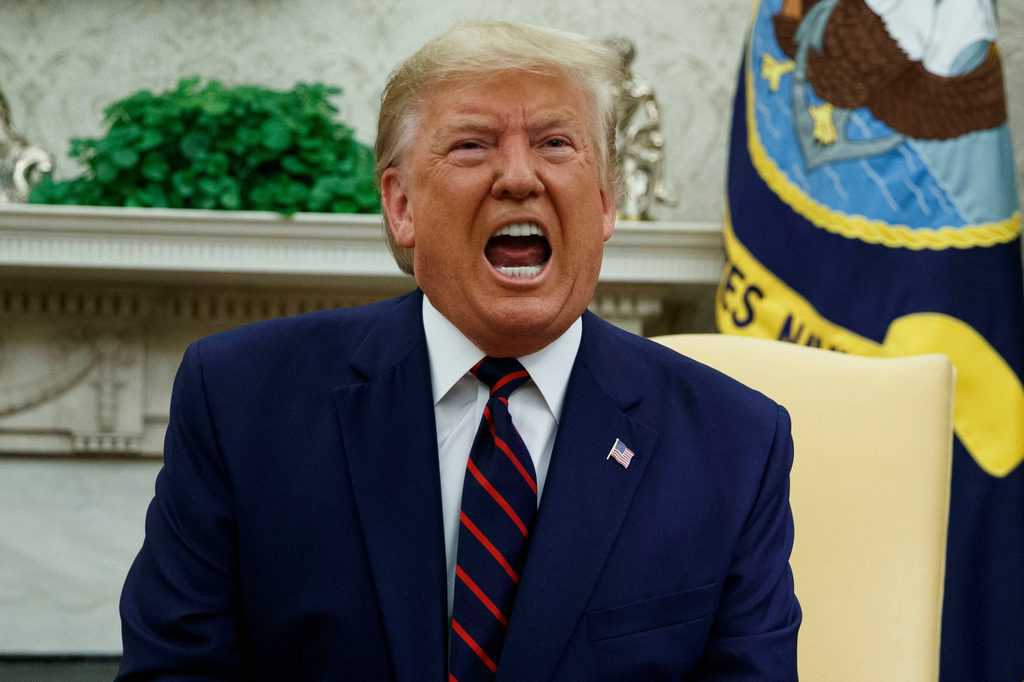 In this little pond of ours, we see things tribally, condone anything one of our team does. I used to think it was just us. That it’s because we are insular, small-minded, politically immature.

Then I had a long conversation with a highly intelligent, articulate, usually value-obsessed American man who lives in Malta. And I understood that Malta and the US have on the whole immensely screwed-up brain processes.

A few hours after the Donald Trump supporters assaulted the Capitol, I questioned my American friend – this most erudite and sophisticated man – whether he would still endorse Trump after the tragic assault on the Capitol. That is after Trump was, according to most objective observers, partly if not totally guilty of abetting the crowd to protest and enter the parliamentary building.

It was, I presumed, a rhetorical question. I was sure he would flick his fingers in disgust, as is his wont when he hears something that goes against his finer soul (can it, however, be fine if in favour of someone like Trump?).

I was sure he would say something like: “As if I can endorse Trump any more. This isn’t making America great. This is ruining the core of America’s greatness.”

And yet the reality, alas, was totally different.

His long, convoluted answer went into verbal gymnastics I’m sure no wordy Houdini has ever managed. From a normal – although backing Trump in any way sounds abnormally aberrant – man who reasons, I now heard a man who got lost. Lost in comparisons, lost in strange words. Parallel worlds.

He just could not find words, straightforward enough and clear enough, to condemn Trump and his inciting. He basically said he could never condemn Trump or his actions. After I pushed ahead and said but surely you cannot agree with what Trump or his supporters did all he could utter was Trump’s actions in these last weeks was a bit ‘erratic’.

Donald Trump, according to this American friend, has acted rather erratically these last few weeks. That’s it, just a bit erratic.

Those words floored me. All of a sudden, I was lost for words. I shut up.

I sadly realised that what I used to consider a Maltese problem is not just ours but a worldwide one. Demagogues, firebrands, liars, truth-benders will remain ruling this world. Because the people who should know so much better are totally duped and blinded to facilitate the worst people to represent and lead us.

I died a slow internal death on hearing that single word “erratic”.

I have always found it very hard to understand how people of a certain intelligence defend Joseph Muscat and his antics. And defend, or condone, the ones who defended or condoned Joseph Muscat.

Muscat’s shadow lives on not just in his shady deals which we, as a country, are saddled with but also because his successors never said anything against his corruption.

When you speak to most Labourites – the normal man in the street, not politicians – they too defend Muscat. The right-thinking, intelligent, erudite Labourites. Who never, while he was in power, stood up and called Joseph Muscat out for his corruption and for defending the indefensible.

These people, like my American friend, suffer from the tribal effect. They cannot condemn one of their own as they fear that would affect their party’s electability. Damned politics, damned politicians, damned electable manoeuvres which will get you to do, say and defend anything.

People like Robert Abela and Chris Fearne are among these defenders. Others who usually have a good track record have also gone out of their way to defend, or at least to not condemn, Muscat, Keith Schembri and Konrad Mizzi.

Robert Abela knows that to survive he must accept and defend his predecessor. The parallel with the American facilitating the corrupt, the wrong and the bad, should scare us into action.

Little – or just some token gesture – has been done to really rid us of the legacy of Joseph Muscat.

Take the issue of summoning him to parliament to be scrutinised about his handing Konrad Mizzi which was obviously a blatant abuse of power.

No Labour prime minister, minister or MP had the temerity to call him out. To tell the former premier: “Come, let’s ask you questions here. Actually, we won’t just question you. We will grill you to perdition. To hell with what the speaker, or the rules, say.”

The horrors in America and the horrors in Malta have gone on unabated. No, or little, justice has been meted out. But the problem is not just the politicians.

So far, as long as democracies work and elections are held, politicians need people to vote for them, to back them. As long as we remain excusing and even pandering to people like Robert Abela, Joseph Muscat and Donald Trump, the horrors and the evil will go on.

It is people who create politicians. Politicians are bad because people love them and want them that way. Because they excuse their worst ways. Or just think that the politicians’ deceit, corruption and incitement to violence is just erratic behaviour.

Until we, the people, change fundamentally and demand a new breed of politician, nothing will ever change.