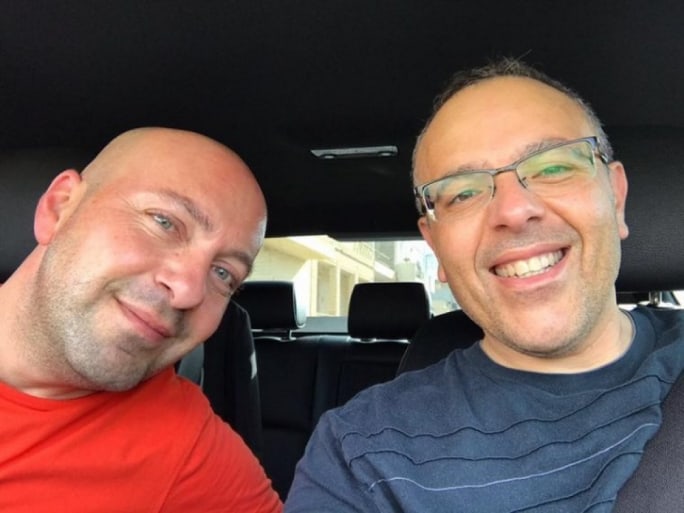 Two witnesses from Libya finally managed to testify over video in the case for the defence of the former editor of The Malta Independent on Sunday who is facing a libel suit by Neville Gafà for reporting that Gafà extorted money from victims of the Libyan civil war seeking medical care here.

The two witnesses said they were in Malta waiting for surgery and prosthetics, sent here on the strength of a Libya-Malta agreement that assured them of free medical care. But, they say, Neville Gafà visited them, in one case in hospital, asking them for money or they would be thrown out.

They could not pay and somehow, the witnesses say, they were denied care and sent back to Libya without the prosthetics they were expecting.

The witnesses said that after they agreed to testify in the case for the defence of David Lindsay, Neville Gafà visited them in Libya offering them money so they do not testify in this libel suit. That testimony appears to be corroborated by sightings of Neville Gafà in Tripoli at the time.

The libel suit is not what Neville Gafà would have been worried about. Sure, if he loses the case, it wouldn’t look good on him. However, he has no other consequence to fear as there’s no penalty in our law for filing vexatious defamation suits even when you know that what has been reported on you is substantially true.

The real issue here is the risk, to Neville Gafà, that the police pick up his case again. The Malta police has already cleared him after pretending to investigate the allegation that Neville Gafà extorted money for medical visas during the war.

The investigation was sloppy and clearly intended to draw a blank. But that was the police force that was headed by Lawrence Cutajar, Silvio Valletta, Raymond Aquilina and other bent cops now themselves the subjects of criminal investigations. That was the police force that did Keith Schembri’s bidding and Keith Schembri was Neville Gafà’s most resilient ally.

One can only hope that after Keith Schembri’s full recovery as a result of the provision of medical care uninterrupted by anyone’s extortionate intervention, Neville Gafà’s former surrogate parent’s ability to guarantee his impunity is weakened.

What will the ‘new’ police force do? Will the police fly to Tripoli to interview these witnesses? So far, the witnesses – who should be more properly called victims – have testified that what David Lindsey wrote was substantially true. But if that’s the case, the matter cannot stop here.

A public official here stands accused of abusing his power and authority in the most vicious way.

Since when do doctors at our hospital stop treatment of their patients because someone, anyone, even Neville Gafà, says they should? Has this really happened? Has our hospital denied treatment to patients that had already checked in on the instructions of someone outside hospital? Surely there are records somewhere that could answer that question.

I’m not looking for some officious denial from the hospital management. This justifies a proper search warrant and police investigations so they find the answers for themselves. Sadly, the dynamics described by the victims, or witnesses if you prefer, suggest criminal collusion between Neville Gafà the alleged extortionist, and hospital authorities who agreed to honour Neville Gafà’s threat of denying medical treatment to patients who failed to pay a bribe.

Though we have long known that corruption is deeply pervasive in this country, we have not until now come to accept that the provision of medical treatment is also tarnished by bribery and extortion. This is a low that even the most cynical struggle to imagine. If it isn’t true, we need the reputation of our health service to be cleared by the most thorough and independent investigation. We need the police on this case.

It is not enough for Neville Gafà to have been removed from the public office he abused. Dismissal or resignation does not address crimes, particularly crimes so vile.

This investigation needs to reopen.