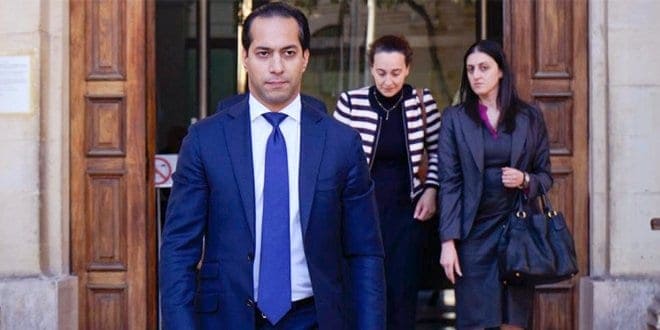 Think of our financial services after grey-listing as a once glorious entertainment neighbourhood that has gone to seed. Think of the Atlantic City Boardwalk after the prohibition heyday and before Playboy bought a huge plot. Think of the streets down from the Boulevard de Clichy echoing the Belle Époque in the din of Japanese tourists lured confused into and cleaned out at day-time strip joints.

There will always be custom for Malta’s financial services. It’s just that the customers who walk in will not be quite the same as the heady days when Lufthansa and HSBC and Betsson thought Malta was worth a shot.

Not that a good brand name is a guarantee of ever-constant sobriety. Consider Deutsche Bank. After all, these businesses came to Malta because of the opportunity our tax advantages gave them, which is hardly exemplary corporate conduct. But they wouldn’t go to Panama, or Cyprus, or the Cook Islands, or the British Virgin Islands, or some other coconut tax paradise, because it would not look good on them to be seen there.

Malta gave their “tax structuring” a veneer of respectability. That was the unspoken selling proposition of Malta. English language? Not exactly a rare commodity. Pleasant weather? There are better. Quality professional services? Yeah, ok, but by no means exceptional. Cheap taxes? That’s a good one, but again far from unique.

Put all those in a bag and label it ‘respectable EU-jurisdiction with disproportionate negotiating influence in Brussels’ and you have a winner.

Not everyone saw it that way. In Murder on the Malta Express, the book I co-wrote with John Sweeney and Carlo Bonini a couple of years ago, we tell the story of a wired conversation between two organised crime bosses in the South of Italy. Joseph Muscat was still hoping to become prime minister at the time this conversation happened. One boss asked the other what they were going to do with all the cash they were making from their criminal activities. The other said he knew someone in Malta that could help them find an easy place to clean their money. He was speaking about one of John Dalli’s brothers.

These are people who were already influential before 2013. Let’s not kid around. Malta has been on the radar of crime agencies in the UK, the US, Germany, and elsewhere for many years. Too many billions flowed through Malta and too few prosecutions were filed against crooks to convince anyone we weren’t open to financial crime. And financial crime needs people of influence in politics and the public administration to tick on undisturbed.

After 2013, these people of influence were absolved of the shadows they cast and were preserved instead beyond the reach of the law and consequence. While hard-working business operators stayed within the rules and rejected shady business, these people with political influence made dirty business their primary target.

None of that dirty business is going to be deterred by the FATF’s grey-listing. None of them are going to worry about how it will look to their stock-holders and regulators if they continue to do business in Malta.

While Lufthansa, and HSBC, and Betsson, will have to think about how their bosses, and clients, and suppliers, will perceive their continued presence here, whatever fake brands the ‘Ndrangheta happens to be using these days will not mind much.

And once a neighbourhood is flooded with seedy business, it becomes impossible to go back to the carefree days of old.

Grey-listing is supposed to be purgatory, a temporary state of caution which we can purge with appropriate penance and the pain that earns us a final reward. But grey-listing is also a brand name in and of itself.

‘Wiseguys welcome. No one else wants to drink here anyway.’