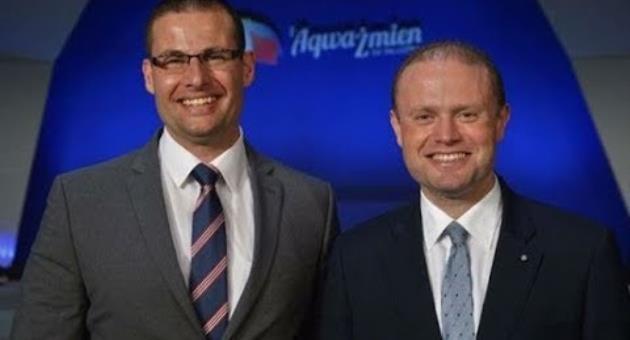 Let us all send a message of thanks to the inventor of Muscatonomics, the man who like a latter-day Moses led us out of the infamy of the nasty Nationalists, and herded us to the promised land of l-aqwa żmien.

Spare a moment to thank Joseph Muscat and the Joshua to Muscat’s Moses. Thank Robert Abela for delivering on his one and only promise before being elected to replace him: to continue his predecessor’s march.

As we walk into the valley of economic oblivion, as the world we have built crushes around our ears, our last thought then goes to the great Argonath of our time, arms outstretched, their palms lifted in a gesture that halts our modest hopes of peace and prosperity for our children’s times. Instead, you opened wide the doors of our country to criminals and when a woman working on her own time caught out some of them, you protected her killers.

For their safety, you have thrown away the future of our children. To allow criminals to hope for impunity, you denied us the hope of a legacy for young people whose dreams you have dashed.

Joseph Muscat and Robert Abela, thank you. In 2017 both of you campaigned on the slogan “l-aqwa żmien għadu ġej”. Well, here it is.

One of you is Invictus and the other one is counting down the days to be Invictus II, the cheaper reincarnation of the original.

Never defeated. Unlike the rest of us. Our children owe whatever is left of their future to both of you. If it is the last thing I ever do, I will make sure they know.

Previous:Greyed Malta: (5) The recriminations will be ugly
Next:This country is not normal