#occupyjustice: Thank you for the blank canvas, Jason Micallef 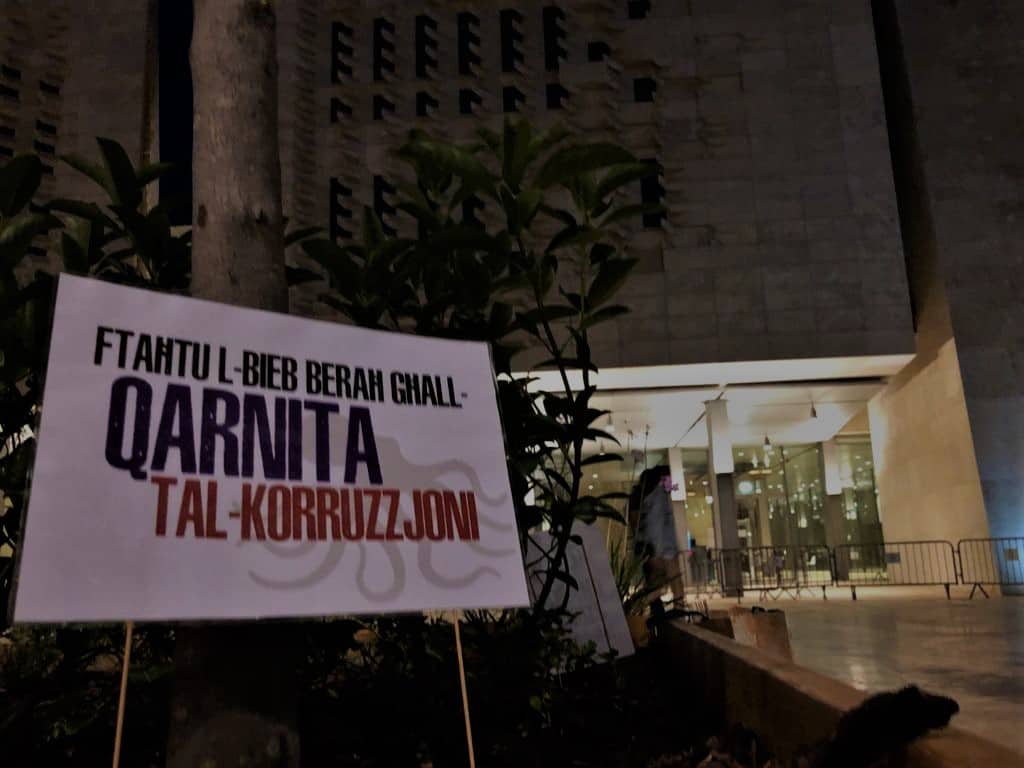 #occupyjustice activists ‘planted’ placards in the Republic Street planters in front of the Parliament buildings.

Unwittingly, Mr Micallef has provided this same civil society with a canvas to extend its protests. For this, #occupyjustice would like to thank him as well as congratulate him on joining forces with Speaker of the House, Dr Anġlu Farrugia and his collection of metal barriers, in their endeavour to attempt to improve on Renzo Piano’s design for Valletta’s entrance.

We are confident that other activists and members of the public will also view this space as an opportunity to leave messages to all politicians who disrespect the electorate, and encourage all to make use of this space, kindly provided by Mr Micallef.

On an island where Minister Ian Borg seems hell-bent on destroying anything which gives us a little beauty and respite, it is perhaps fitting that a symbol of this Uglification Period is represented on the main street in our capital city, #occupyjustice said. “The planters are just a crass, useless reminder of the once beautiful trees that dotted our islands. The few plants and shrubs struggling to survive in shallow soil and penned into a small restrictive space, sadly reflect our country’s dying soul.”

It is fitting that Mr Micallef’s planters are as useless to City Gate’s aesthetic as our parliament is at combatting the extreme corruption that reigns in Malta and has infiltrated our institutions.

Our government is stealing from its citizens by using our taxes to pay exorbitant salaries to its persons of trust, by overcharging us on utilities, by selling public land at a fraction of its value, and by ensuring that contracts are created for the ‘loyal few’.

Our government is silencing its citizens by allowing its employees and media to target and harass independent journalists and civil society activists.

Our government is suffocating its citizens by burying us in construction and roadworks, decimating our natural environment, and by concreting over Malta’s ever-decreasing outdoor spaces.

We’ve had enough. The mafia must be stopped.